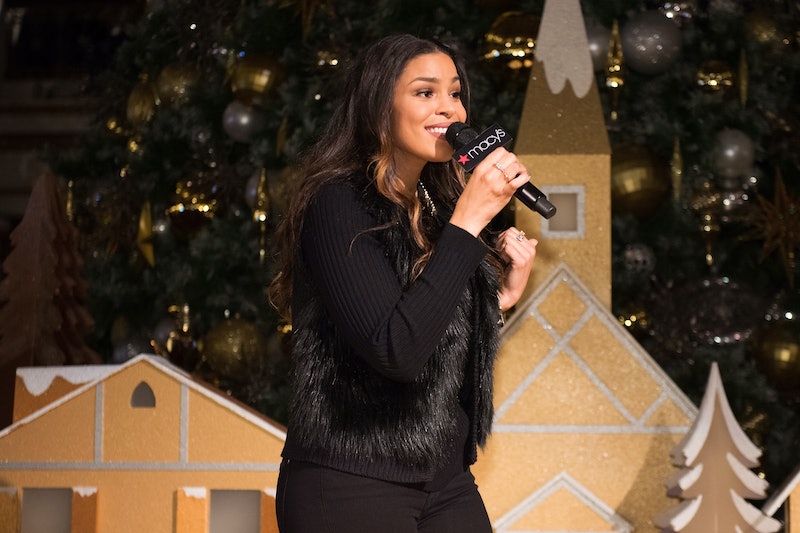 This year, the Macy's Thanksgiving Day Parade had a massive, seemingly never-ending line-up. I was a little shocked to see Jordin Sparks' name up there, because I haven't really heard much from her in a while. Jordin Sparks performed on the Goldieblox float at the Parade, surrounded by young children, and well, her choice of song left a few viewers at home scratching their heads. It would make sense that she perform her most recent single, which was "Right Here, Right Now," but the subject matter seemed to be a little awkward and disconnected to the float that she was representing.

I will say first that Sparks was cozily dressed for the chilly New York City weather, in a long, red, fur-lined coat. Sparks rode along with the Goldieblox float, an organization that I hadn't heard of until now. Goldieblox is an amazing company that aims to empower young women to play with construction toys to encourage their interest in science, technology and engineering.

These products have always been deemed as "boys' toys" and Goldieblox is making them as important for young girls as they are for young boys. I love their message, but many viewers seemed to think it was lost with Jordin Sparks' performance.

Almost immediately, viewers on Twitter commented on the decision to perform this song and how it reflected on Goldieblox.

As interesting as the song choice might be, I don't think it's fair to disregard Sparks' performance or Goldieblox's choice to have her represent them. It still seems like Jordin Sparks is wholeheartedly committed to supporting Goldieblox and their mission, as well as that of supporting women as a whole.

She was by no means writhing around the stage or acting inappropriately on the float, so sing on, Jordin Sparks!