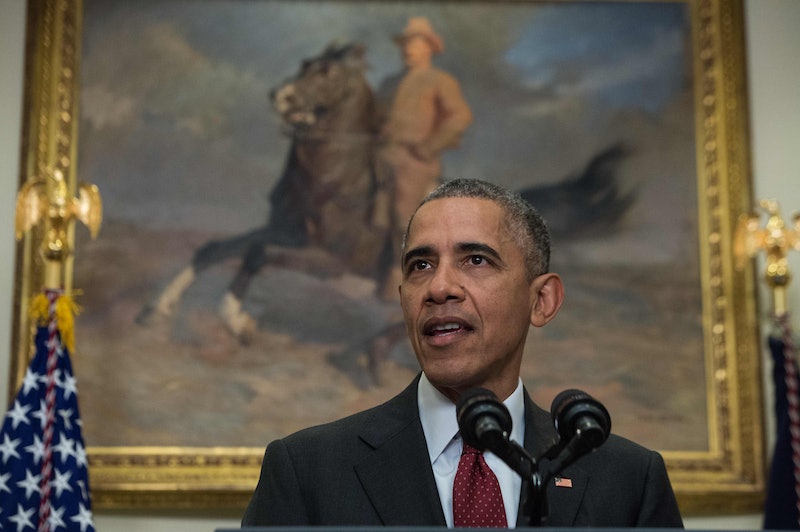 Although one of the most important factors in a cervical cancer diagnosis is early detection, this is often easier said than done — without insurance, tests is costly and time-consuming, and consequently, the uninsured can go undiagnosed until it's too late. However, things may finally be looking up: According to recent research, the Affordable Care Act may be associated with improved cervical cancer detection in young women, largely because those who were previously uninsured now have more access to early detection programs.

The New York Times reports that the number of uninsured young people fell drastically following the ACA's expansion of coverage, which allows young adults to remain on their parents' health insurance until age 26. As a result, the number of uninsured 19- to 25-year-olds dropped drastically, from 36 percent to just 21 percent, in the first quarter of 2014. In light of this development, researchers at the American Cancer Society decided to look at whether the improved access to insurance affected early diagnosis of cervical cancer in young women.

Research has consistently shown that a patient's insurance affects their likelihood of receiving preventative care, and sure enough, the American Cancer Society found that this remained true with cervical cancer detection in young women. When they compared rates of early-stage diagnoses among young women (21-25) and older women (26-34), researchers saw that the older group's rate of diagnoses stayed the same after the ACA was put in effect — but the rate increased dramatically among the younger group.

The Times notes that researchers didn't plan on directly linking the healthcare law's passage to improved detection, but the connection was too strong to ignore. "It’s a very remarkable finding, actually,” researcher Dr. Ahmedin Jemal told the Times. “You see the effect of the A.C.A. on the cancer outcomes.”

As one of the few studies to directly assess the connection between the ACA and improved healthcare, the study is notable for lawmakers and politicians. However, it's even more important for the women in question: Early detection of cervical cancer is associated with improved survival rates as well as better chances of fertility after treatment. The most common form of detection is the Pap smear, which is recommended every three years for women aged 21 to 29, or a combined Pap smear and HPV test for women over 30.

Fortunately, HPV tests and Pap smears are usually covered by insurance under the ACA. I think this calls for an unironic, "Thanks, Obama!"