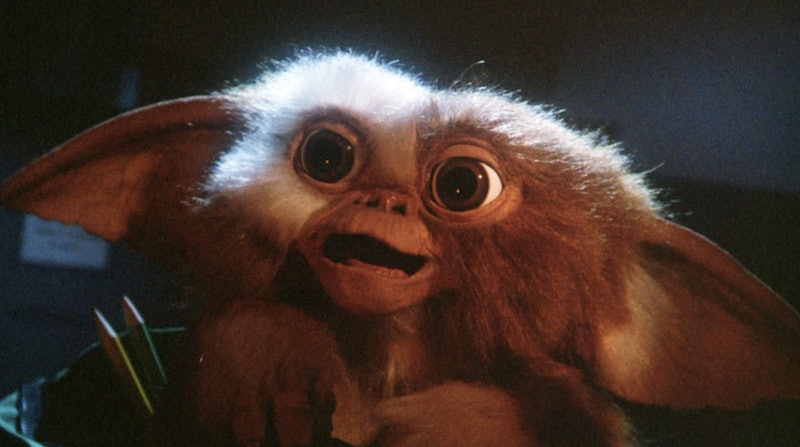 It's officially the holiday season, and it won't stop until the end of next month. For some, this is a source of joy; for others, it means 25-plus days of misery. Luckily, there are some scary Christmas movies perfect for the grinches out there. These are a great alternative to the many, many holiday cheer-filled movies that most of your family and friends who celebrate Christmas will be watching. These beloved classics can be especially brutal to watch if you already feel a little bitter about Christmas, whether that bitterness stems from its commercialism, mandatory family time, general cheeriness, or whatever other grinchy reason you dream up.

Most Christmas movies aggressively, charmingly enforce these commercial, family, and holiday values, but luckily for you grinches and scrooges out there, there are lots of Christmas movies that subvert those ideas through horror or humor, and often with a little of both. My recommendation? Next time people around you are debating which Christmas movie to watch, casually mention that you have a good idea for one that's a little outside the norm. Sure, it's a little insensitive, but so is assuming that everyone loves Christmas movies. Here are some excellent alternatives to classic Christmas movies that will get you in the anti-spirit.

For those unsatisfied with the normal cheery holiday box office fare, Krampus is the perfect antidote to this season's offerings. The movie, starring Adam Scott and Toni Collette, is a funny/scary take on the genuinely scary folkloric figure of the Krampus. It's coming out December 4, but it might be a fun destination on Christmas itself if you want an irreverent escape.

This is probably the most familiar of the spooky Christmas movies, and it's the best offering for grinches who might still want to watch something that's family friendly.

This movie puts it all in the title. The campy 1980s Christmas horror film pits an evil Santa Claus against an innocent town just trying to celebrate the season.

Gremlins, if you weren't aware, is a black comedy about some weird pets turned monsters who torment a family. It's not the most Christmas-y of these movies, but it's set during Christmas and the holiday plays a role.

Another horror comedy, this 1996 film is far scarier than the better known 1998 film of the same name. In this one, Jack Frost is a serial killer, and it's just a really horrible movie.

If you are looking for a holiday slasher film, this is the perfect one for you, as it's about sorority girls and their boyfriends at a Christmas party getting killed off by a serial killer dressed as Santa. Perfect holiday entertainment!

A more modern campy horror film from 2005, this one stars professional wrestler Bill Goldberg in the role of Santa, and it creates a whole evil lore around the figure of Santa Claus, one that includes "hell-deer."

This is a good option for those who want a good movie to watch during the holidays, and one that's more on the thriller side of scary. American Psycho, which infamously tells the story of serial killer Patrick Bateman, is not a Christmas movie per se, but it does take place during the holidays.

This 1984 offering is quintessential Christmas horror. Its depiction of a serial killer dressed as Santa was highly controversial, but it's since spawned a cult following, four sequels, and a remake. A Christmas miracle!

It's not enough to just say "bah humbug!" next time someone proposes watching It's A Wonderful Life. You have to offer alternatives; it's the nice thing to do in the spirit of the season.

More like this
12 Aphrodisiac Desserts To Spice Up Your Valentine’s Day
By Kaitlyn Wylde
8 Charities To Donate To During Black History Month
By Alexis Morillo
90 Epic Truth Or Drink Questions To Play 'Say It Or Shot It' With
By Bustle UK
8 Things You Can Do To Appreciate Lunar New Year
By Elizabeth Tsung
Get Even More From Bustle — Sign Up For The Newsletter
From hair trends to relationship advice, our daily newsletter has everything you need to sound like a person who’s on TikTok, even if you aren’t.