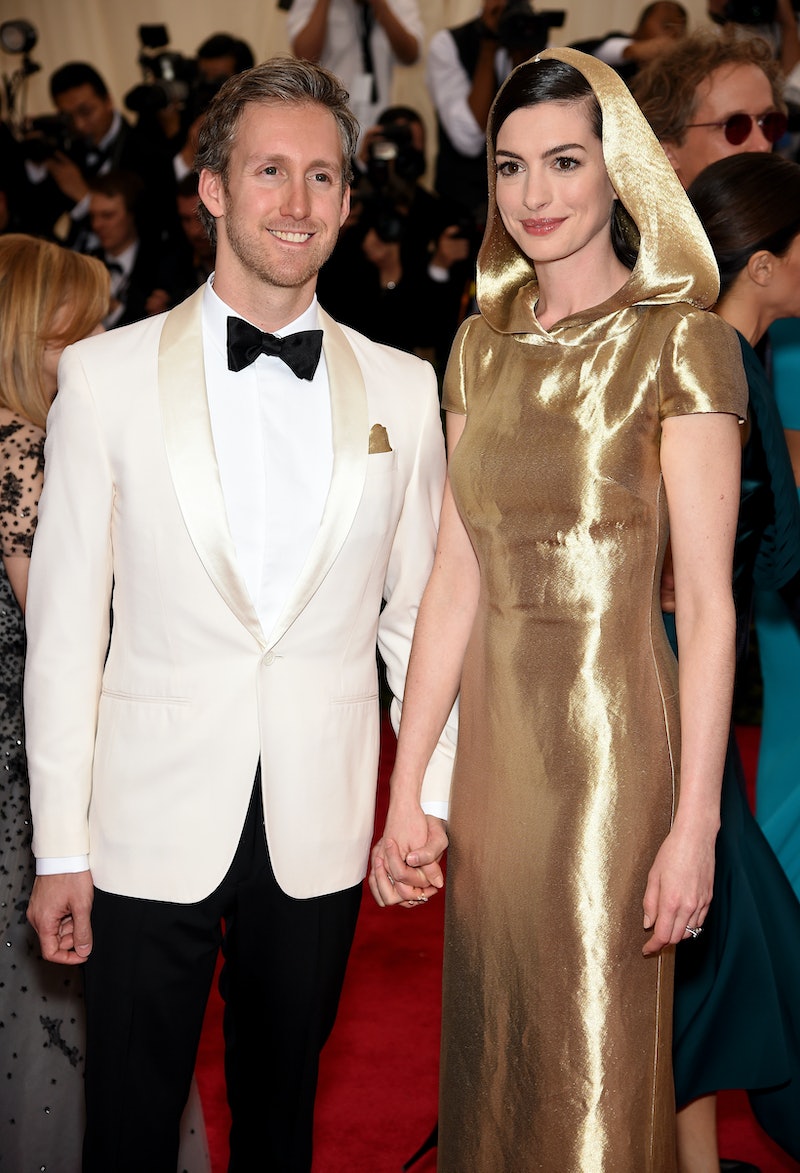 The exciting news from E! that Anne Hathaway is reportedly expecting her first baby with husband Adam Shulman might prompt a question: who is Adam Shulman? Hathaway's 34-year-old husband is not an A-List actor, but he is part of the entertainment industry. As you might remember, Hathaway had previously been romantically involved with real estate developer Raffaello Follieri, but the two split in 2008. Shulman and the Les Miserables actress began dating later that year, and Shulman told Life And Style that they met through mutual friends. They got married in Big Sur, California in September 2012, as reported by People.

Two sources confirmed the happy pregnancy news to E! News the day after Thanksgiving, with one of the sources describing Hathaway as "is in her second trimester and feeling great!" This report follows recent rumors that the actress was expecting. However, Hathaway and Shulman have not yet publicly confirmed her pregnancy, and nothing about a potential name or the baby's sex is known as of yet. So while we wait for more details and the couple's own confirmation of this news, here's what we do know about the reportedly expectant father, Adam Shulman.

According to the company website, James Banks Design was founded by Shulman and designer Heidi Nahser Fink. Their small selection of pieces are quirky and stylish with a vintage feel. And they are not cheap. This adorable gold lightbulb-inspired necklace starts at $5000.

According to his IMDb page, Shulman majored in theater at Brown University and has studied in various acting programs. He takes on much smaller roles than Hathaway, with his credits including a customer in Ricki And The Flash and a recurring role in 2005's American Dreams.

Shulman served as a producer on the indie movie Song One, which starred Hathaway alongside Johnny Flynn, according to IMDb.

Hopefully, we'll find out more about Shulman and the reported pregnancy in upcoming months. "Mellow" sounds perfect for these future parents.