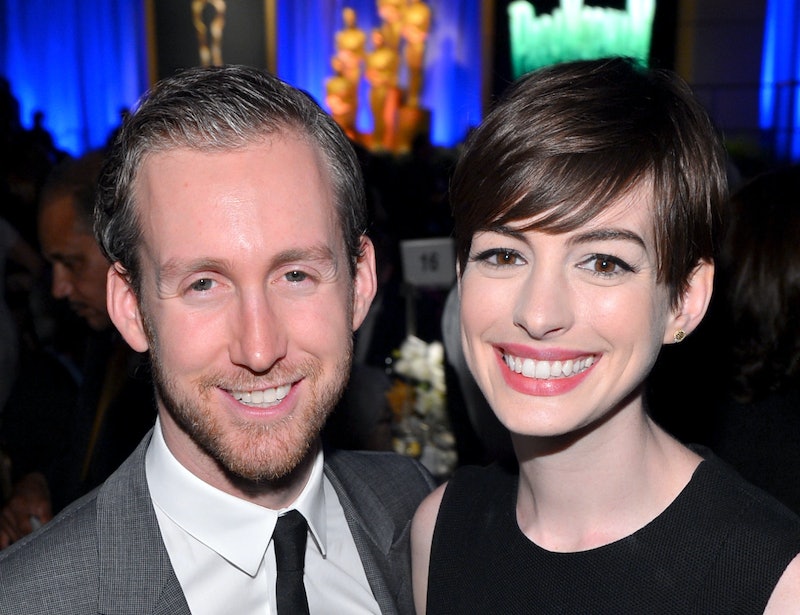 With the exciting news that they might be expecting, I found myself wondering: how did Anne Hathaway and Adam Shulman meet? These two have been a couple for so long at this point that I sort of got used to them being together, and it never occurred to me to wonder about how they first crossed paths. But now that Hathaway and Shulman might have a little bun in the oven, my curiosity is piqued, and I'm betting yours is too or you wouldn't be here. So. How did this star-crossed romance begin? Well it was all the way back in November 2008, just five months after Hathaway cut things off with Raffaello Follieri, whom she'd dated for four years, breaking up shortly before his arrest for wire fraud.

According to Hathaway, she had been looking forward to being single for a while after the split with Follieri, but when she met Shulman at the Palms Springs Film Festival in 2008, through a mutual friend, their connection was so undeniable that Hathaway told a friend at the time, "I'm going to marry that man", and telling Harper's Bazaar:

I think he thought I was a little nuts, which I am a bit, but I’m also nice. [...] I’ve never really talked about this, but I was just very honest with him. I knew from the second I met him that he was the love of my life.

They had immediate chemistry, but each thought the other was in a relationship, so it wasn't until six weeks later, when Hathaway discovered that he was single, that she asked him on their first date — a trip to New Orleans. As she tells David Letterman in the following clip, she had an extra ticket and her two best friends couldn't go, so she took a risk and extended the invitation to Shulman. He said yes, they went, and the rest is history.

And now, seven years later, they might be adding on to the adorable story of their meeting with an adorable little baby. Fingers crossed that the rumors are true, because this perfect couple is deserving of all the happiness in the world.