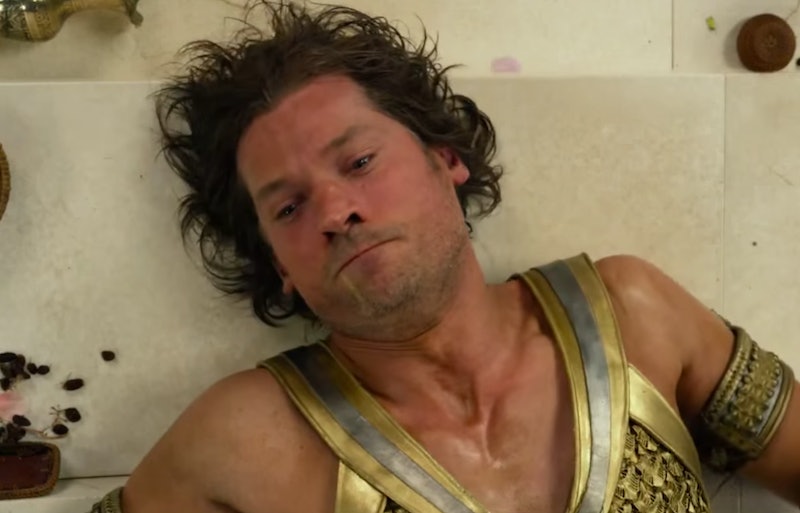 The release of the new Gods of Egypt trailer came with a great deal of outrage over the film's whitewashed depiction of Egypt. In response to this outrage, the movie's creators have done something almost unprecedented: the Gods Of Egypt director and studio apologized for the whitewashing. Director Alex Proyas, best known for his work on I, Robot, released a statement on Friday, saying, "The process of casting a movie has many complicated variables, but it is clear that our casting choices should have been more diverse. I sincerely apologize to those who are offended by the decisions we made." Lionsgate, the studio that produced the film, offered an apology as well:

We recognize that it is our responsibility to help ensure that casting decisions reflect the diversity and culture of the time periods portrayed. In this instance we failed to live up to our own standards of sensitivity and diversity, for which we sincerely apologize. Lionsgate is deeply committed to making films that reflect the diversity of our audiences. We have, can and will continue to do better.​

Many films have recently come under fire for their lack of diversity, including Aloha and Stonewall, but these are far from the only examples of Hollywood's long whitewashing tradition. Ancient Egypt has often been inaccurately portrayed in movies as populated by white people, from biblical classics like The Ten Commandments to Ridley Scott's 2014 Exodus: Gods And Kings. Claims of whitewashing have often gone unmentioned or dismissed by the major studios, so this apology from Lionsgate and Proyas is welcome. In fact, as Selma director Ava DuVernay tweeted, this kind of apology is rare and important:

This isn't the first time that a movie has been called out for lack of diversity, but it was one of the first times its creators have acknowledged the complaints as legitimate. Studios and those who have power in the entertainment industry could learn from this example, as well as from the mistake itself. When faced with complaints about an offensive oversight, here are some recommendations for apologizing, which can apply to both entertainers and individuals.

1. Take Time To Listen To The Complaints

I know that, when someone criticizes me, my first irrational instinct is to get angry and deny the problem. Since diversity and representation is so much bigger than any one person's sensitivity, it's important to work to fight against those instincts if you have them. There are many people on the Internet talking about structural inequality, and, in the case of hot button issues like casting and hiring practices, many intelligent people writing specifically about what's wrong, or right, about those decisions. Take the time to truly understand the issues before coming up with a response.

2. Address The Issues As They Are

The next step after you understand the complaints is to address them, rather than let the issue fade into obscurity. Part of this involves representing your mistake accurately, rather than lumping it into a larger trend of PC culture or general meanness. Remember, it is possible to find some responses to your mistake unfair and vitriolic while still recognizing your error and attempting empathy for others' anger.

Apologies that are the equivalent of "I'm sorry if you felt this way" implicate those offended more than the person apologizing. Some celebrities address past offensive behavior without admitting any fault or even saying "sorry." Both Lionsgate and Proyas apologized for the wrongs they did — note that Proyas used "I sincerely apologize to those who are offended," rather than "I am really sorry if I offended anyone." Real apologies require real humility, and that humility and ability to listen is required if you are truly interested in being an ally.

4. Recognize That It's Not About Whether You Are A Good Or Bad Person

Some celebrities seem to misunderstand or at least misrepresent the conversation surrounding inequality. Saying "I'm not a racist" or "I love women" or "I'm a good person" does not really address accusations of racism, sexism, or other forms of bigotry. Racism isn't just perpetuated by people who consider themselves racists; it is just as often the work of well-intentioned people who have been exposed to structural racism in their media, education, and interactions. Copping out by claiming to be one of the good guys demonstrates a basic lack of understanding of the kind of awareness and humility that people fighting against bigotry actually demand.

5. Learn From Your Mistakes

This apology from Lionsgate and Proyas will mean nothing if both continue to make movies that ignore the diverse realities of our world. Apologies shouldn't be a PR stunt or an easy way out of a tough situation; if they aren't followed up with action, they were never real.

Hopefully, more studios will follow Lionsgate's lead, and more directors Proyas's. If the media would meet these basic demands of representation, no one would need to apologize at all.