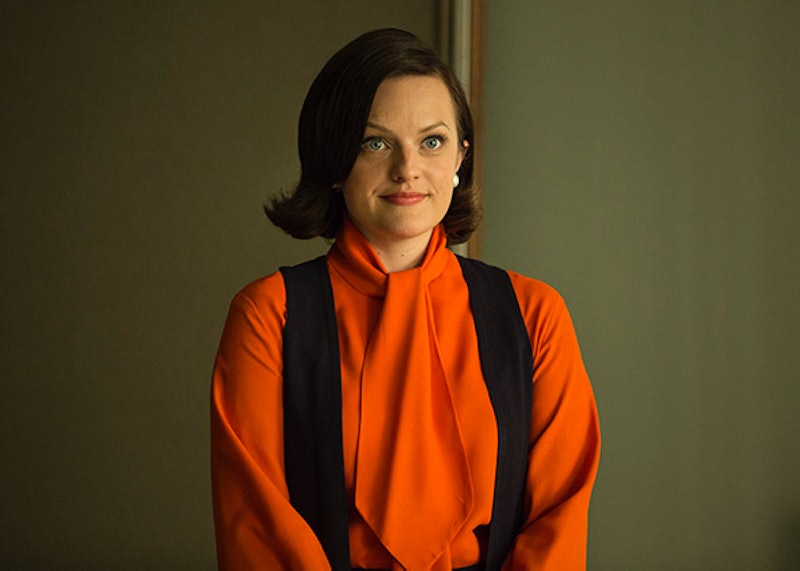 Good news for those like me who have been sorely missing the Mad Men creator since the show ended; Matthew Weiner will direct an episode of Orange Is The New Black in the upcoming season, according to The Hollywood Reporter. This is his first project since Mad Men ended, and he will apparently only be directing, rather than writing. As Weiner is currently inextricably linked to his hugely popular creation, I am sure that he will try to distance himself from Mad Men by doing something different with his work, especially in his first few post-Mad Men projects.

However, there are a few things that I miss from Mad Men that I can totally see working well in the OITNB universe. The shows aren't even all that different in the first place. Both demonstrate a remarkable understanding of, and sympathy for, a variety of human experiences. One show depicts depressed and lonely individuals attempting to survive their own imprisonment at the hands of a capitalist and sexist system. The other takes place in a prison. All jokes aside, I really hope Weiner is allowed to bring his signature style to Orange Is The New Black. Here are some Mad Men-isms that I hope make it into Weiner's episode.

Mad Men is infamous for its characters' introspective stares, which hint at the inner turmoil bubbling beneath the surface. While the backstory of the Orange Is The New Black characters is achieved through their flashbacks, you rarely see them in moments of thoughtful silence, perhaps because of the crowdedness of the prison setting. But who knows? Maybe some of those classic Don Draper stares will make it onto Piper's face.

OITNB favors gritty realism over super artsy cinematography, but the scene at the lake in the last moment of the third season was gorgeous and much appreciated. Perhaps Weiner, creator of one of the most beautiful shows ever made, will bring more of those moments to his episode.

Mad Men never shied away from the little awkward moments that fester within daily life, and, while there are some awkward prison moments in OITNB, I hope Weiner can indulge in that cringe drama that Mad Men perfected in even smaller, less obvious moments.

Something that I loved about Mad Men was its silences, which were often long and reflected the lonely reality of its characters. As I mentioned before, the prison setting of OITNB makes it naturally more chaotic than the large suburban houses and sprawling offices of Mad Men, but I hope Weiner can inject a little more beautiful silence into his episode.

5. A Touch Of Surrealism

Mad Men and OITNB are, for the most part, pretty realistic shows, but their occasional brushes with surrealism and magic are some of my favorite moments. Hopefully, Weiner's episode will feature bizarre instances on par with Litchfield's chicken or SCDP's butt injections.

Basically, I really miss Mad Men and can't wait for OITNB to return, hopefully with a few more extended pauses and painful humor thrown in.