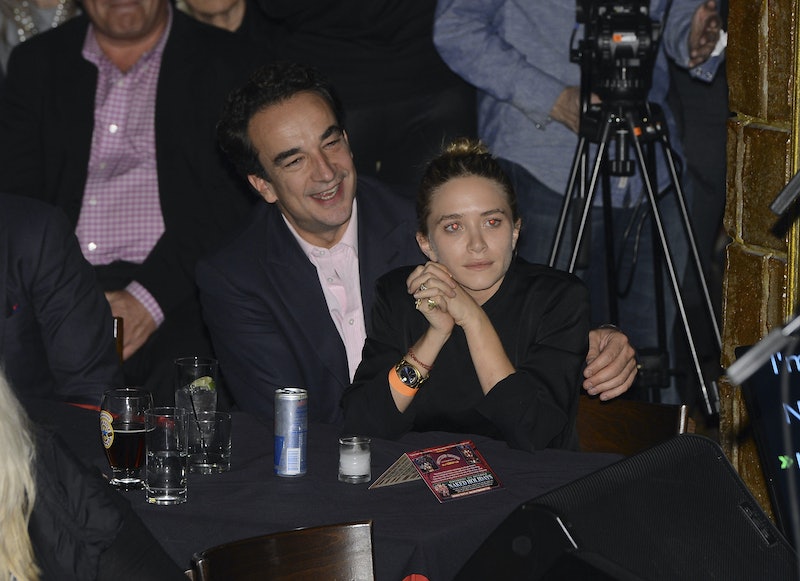 Ready to celebrate? According to Page Six, Mary-Kate Olsen is married! The outlet reports that the 29-year-old child star-turned-fashion mogul married her boyfriend of three years, French banker Olivier Sarkozy, on Friday evening. Details of the potential nuptials are few and far between, but Page Six reports that the wedding took place in a New York City residence, and just 50 guests attended. There were reportedly cocktails, cigarettes, and no cell phones — sounds like an Olsen wedding to me.

Although no more details than that have been given, I can make a few assumptions judging from what's known. For one, the wedding might've taken place at Olsen and Sarkozy's $13.5 million townhouse (which is complete with a Versailles-esque hall of mirrors, because when you're them, you need that). And for another, of the 40 people in attendance, seven of them are pretty much given. From the Olsen camp: sisters Ashley and Elizabeth, brother James, and parents. From the Sarkozy family: his two children from his first marriage. And maybe even some former Full House co-stars of Olsen's? Here's hoping!

Olsen and Sarkozy reportedly got engaged in March 2014, and for awhile, it was rumored that they were getting married early this year, over the summer. Yet it seems we all might've been too quick to assume, as if the reports are true, Olsen and Sarkozy waited until now to tie the knot. If so, congrats to the duo on making it official!