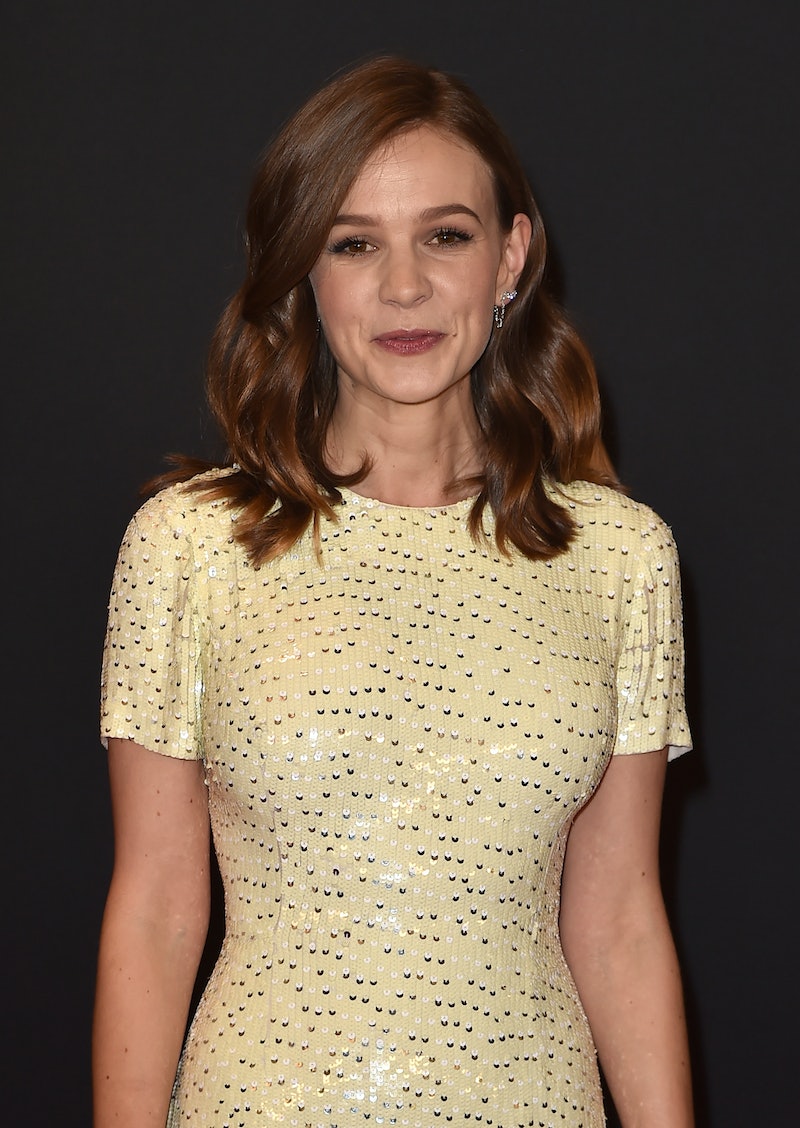 Because of their unique place in society, when celebrities make public statements, they open themselves up to praise, but also to a hefty amount of criticism. Conscious of this conundrum and being a celebrity herself, Carey Mulligan defended Jennifer Lawrence's gender pay gap essay, an impassioned work that's gotten a huge amount of press since its writing a few weeks back. Although the essay has been lauded by many, it's garnered some opposition, too. Speaking to Deadline, Mulligan defended J.Law's essay, making clear that she did not want the spirit of Lawrence's brave deed to get lost in the fray. Said Mulligan,

I think it’s a good thing for someone like Jennifer to speak out; it means an awful lot to women. Sure, there’s been cynicism toward her speaking out and the fact that she makes a lot of money, but she is completely and selflessly rising above that. [The discrepancy] is inherently unfair and she has an enormous platform to speak out against it. Men in Hollywood look up to her because she is powerful. She’s using that platform to correct something that isn’t right. It’s a long overdue conversation and it’s admirable what she has done. This is an age-old issue that’s in every part of society.

While some may have gotten caught up in the celebrity aspect of it all, Mulligan's defense of Lawrence's letter is a reminder of what it stood for. It's easy to dismiss someone as wealthy as Lawrence for not understanding "the struggle" of the average female worker, and, to a certain extent, she doesn't — there's no denying that her reality is far different than most everyone else's. But, by focusing on the irony of the very rich J.Law complaining about money, the point of her important letter gets lost. As Mulligan explains, Lawrence is conscious of the fact that she's experiencing the pay gap on a different scale, but wrote her essay to give voice to those aren't as fortunate as her and need the help of someone who can get the conversation going.

Mulligan's defense of Lawrence calls to mind why we shouldn't discredit the actress' grievances, or that of any other high-profile female celebrity. Lawrence has experienced the pay gap, too, even if at a much different level than the typical person. Her words on the issue, however large the gap between her earnings and others may be, opens up a bigger dialogue on the matter than it otherwise would've gotten. Furthermore, Mulligan speaking out on Lawrence's behalf is important because it perpetuates the talk, and, because of the way she breaks it down, it humanizes it, too.