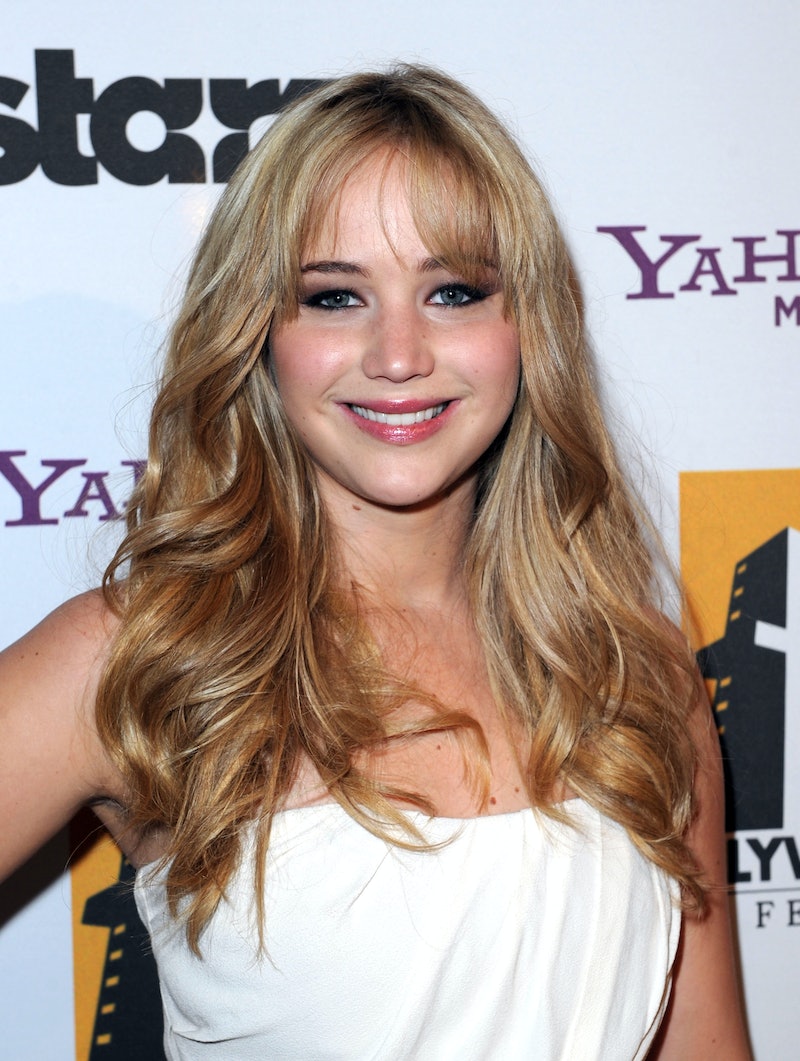 Jennifer Lawrence is the definition of the phrase "killing the game." It seems like she can truly do no wrong, especially in 2015; 2015 has been an incredible year for Lawrence to say the least. From finishing her multi-million dollar franchise The Hunger Games to penning an incredible open letter on the wage gap, Lawrence has tackled some pretty impressive feats this year. And now the star is introducing her new movie Joy, which will be released in theaters on Dec. 25. The new movie is sure to bring lots of Oscar buzz for the actress, and at a New York screening of it over the weekend, Lawrence called Joy a tribute to "women who are the unsung heroes of their households.”

The David O. Russell film, which also stars Bradley Cooper and Robert De Niro, is the story of a woman who rises to the top of her family's powerful business. The story follows Joy as she struggles between the tensions of her aspirations and what her family perceives she should be. Lawrence is playing a character unlike any role she's taken on previously, one that is inspired by real life unsung hero, inventor Joy Mangano. Of the real person — and her character — Lawrence said at the screening that "[she] had a fire and gift that she had buried for 17 years," according to Variety.

Mangano is most widely known for the invention of the Miracle Mop, after which she used her business savvy and forayed into a million dollar company. She has since created numerous other products, including Huggable Hangers and Forever Fragrant. She is an unsung hero indeed, and one of thousands of women making strides in the world of invention. Joy will celebrate them all, and the hard work it takes for anyone, but especially women, to make it to the top of any professional ladder. And thanks to Lawrence being on-board, it'll surely be another acclaimed hit that spreads messages of feminism and empowerment. The actress has done a great job of bringing attention to a varied group of women through her roles over the years, and I'm sure she'll continue to do so as her career moves forward. I can't wait to see what J.Law has in store for 2016!