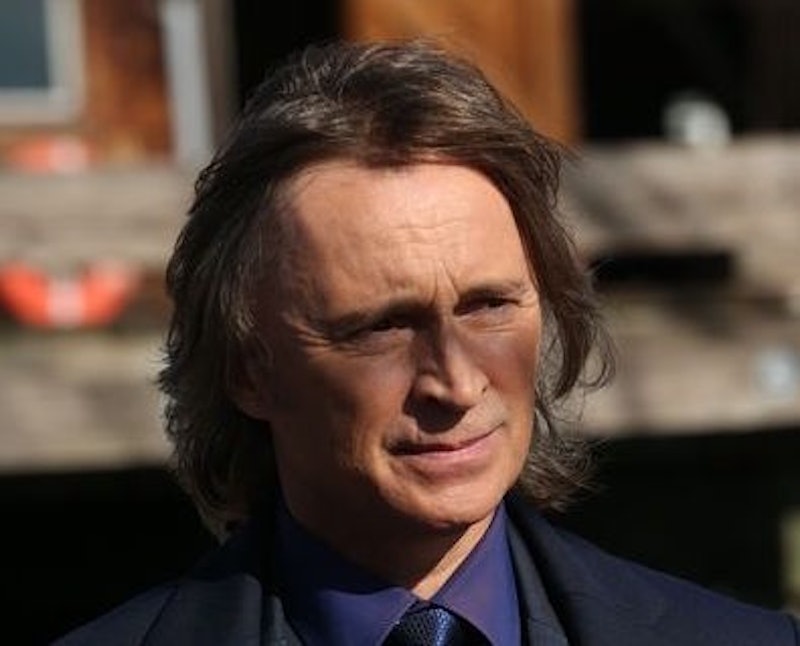 I never thought I'd be able to compare Once Upon A Time to Sex and the City, but this episode has driven me to that point. Remember that one time Miranda and Steve decide that if they really love each other, they'll meet up on the Brooklyn Bridge at a designated time? And if they both show up, it's love! Rumple and Belle decide to do that same thing. If they both show up to the well, they're in love! Isn't love so fun and simple on TV shows? So while they do both show up, there's a twist: Belle then breaks up with Rumple, and this might be end of our Rumbelle.

Sure, the episode "Broken Heart" most directly applies to the ongoing trouble brewing between Emma and Hook, but the real broken heart lies with Belle and Rumple. There has been so much back and forth between them this entire season. And this is including the fact that for a good part of it, Rumple was in a coma. Still, Belle sat by his side, waiting for him to wake up and when he did, she was there for him.

But, for someone like Belle, this isn't enough for her. She needs more. She's always going to love Rumple, but as she tells him, "I have spent too many years trying to mend your heart, now I need to protect mine."

On one hand, I am like, you go girl. Because Belle deserves so much better than Rumple. He is constantly weighed down by the choices of his past (and yes, mentions how he died for Neal at one point during the episode). A girl like Belle can do better. I fully support her decision to admit to Rumple that she loves him, and loves the man he's become, but she simply can't deal with it anymore. He's not her happy ending.

On the other hand, I feel like it's far from over for the two of them. They break up and get back together at least twice a season, so a break up is nothing new.

However, something makes me think that this one is going to stick. Why? I've got a feeling something horribly tragic is going to happen to Rumple during the OUAT Winter Finale, which could make their break up, sadly, permanent.

More like this
'Love Is Blind' Stars SK & Raven Break Up Amid Cheating Allegations
By Karen Fratti and Grace Wehniainen
Erich & Gabby Explained Their 'Bachelorette' Breakup, & "Were Not Each Other's People"
By Kadin Burnett and Grace Wehniainen
Matt Hancock Broke a Major Rule With I’m A Celeb
By El Hunt
Twitter Cannot Believe How 'Bachelor In Paradise' Star Brittany Dumped Tyler
By Grace Wehniainen
Get Even More From Bustle — Sign Up For The Newsletter