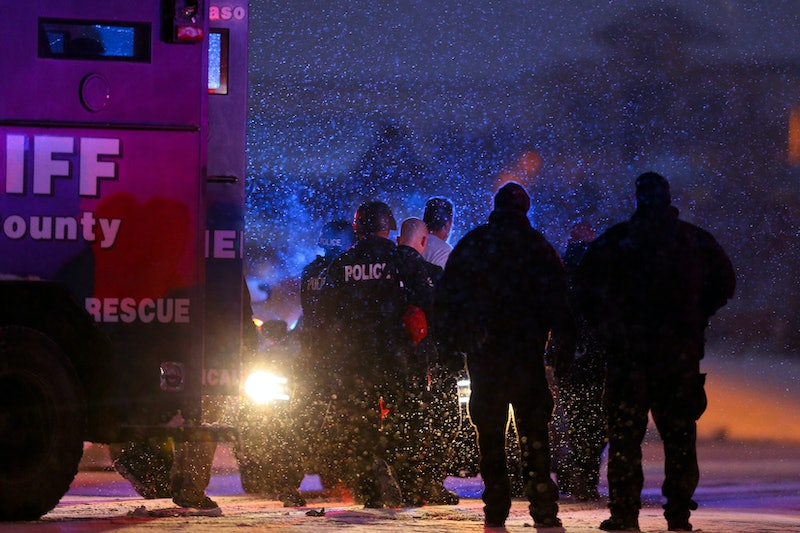 After being accused of making up anti-abortion violence when she tweeted about the shooting at the Planned Parenthood in Colorado Springs, Michelle Kinsey Bruns decided to provide proof. With the hashtag #is100enough, Bruns aka "Clinic Escort," tweeted 100 violent anti-abortion incidents to show how real violence against abortion providers and patients can be. Introducing what she was about to do, Bruns wrote:

My next 100 tweets will be the citations they needed—from 4 decades of antichoice violence, near-misses, threats & incitements. ... My hashtag is also my question: If 100 examples won't convince you that antichoice violence is real, how many do you need? #is100enough

According to her website, Bruns has served as a volunteer coordinator or patient escort at abortion clinics in eight states, so she's seen her share of what anti-abortion rhetoric looks like up close. Bruns pointed out that in her roundup of violent events, she included arsons and firebombings, and preemptively refuted the claim that those incidents didn't count because no one was hurt. In fact, she wrote in March, "Property damage like dark-of-night destruction of security systems by masked men sends a clear and purposeful message: 'You are not safe.'"

Here are a few of the 100 tweets — which also provide citations for the violence, to provide that proof people want — from Bruns that start with the first reported arson at a Planned Parenthood in 1976 and end with people responding to this weekend's shooting in Colorado with glee.