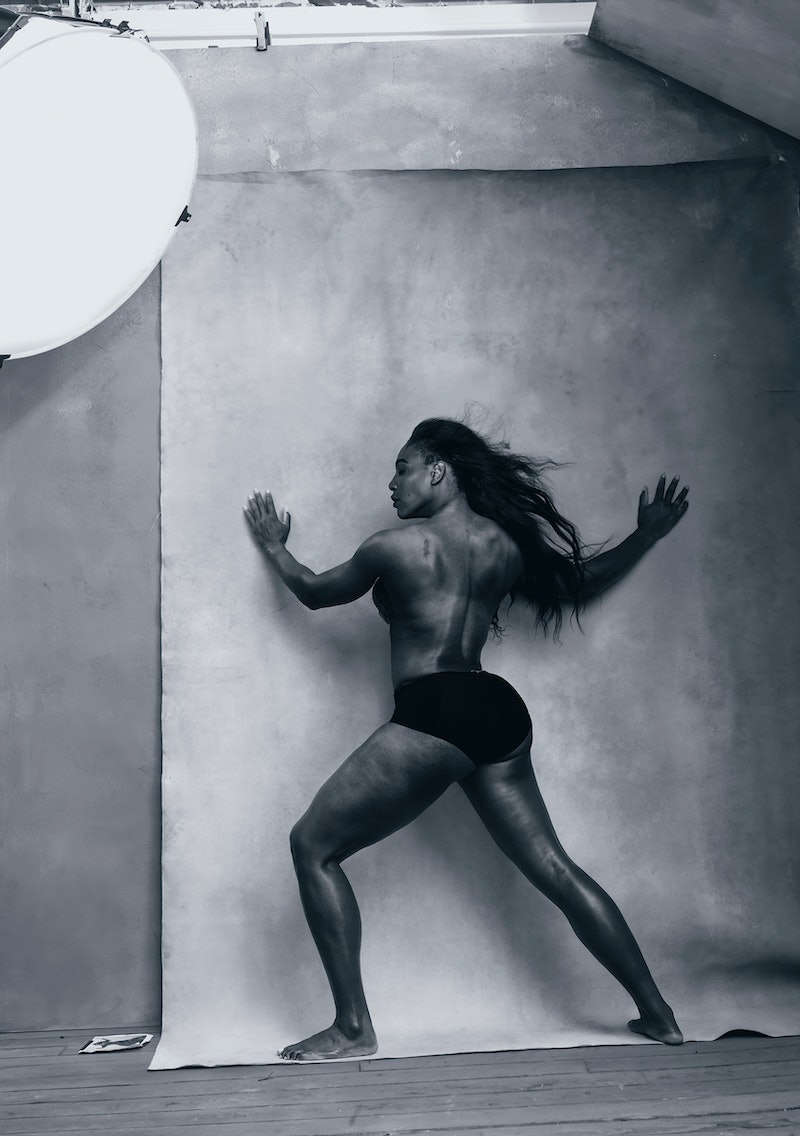 Ever since 1964, the Pirelli Calendar has been a celebration of the most influential women of the year. But its images have largely focused on putting these women in lingerie or their birthday suits in highly sexy (if not entirely sexual) poses. The 2016 Pirelli Calendar, however, is irrevocably feminist, as made obvious by the complete U-turn in terms of casting and artistic direction. As the New York Times reported, women such as 65-year-old author Fran Lebowitz thought the phone call inviting her to join the calendar was a "joke."

According to the New York Times, The Pirelli Calendar is a trade calendar, meaning it is only received by an "exclusive group of 20,000 V.I.P.’s, musicians, politicians, and royalty." For the past 50 years, the Italian tire brand has worked with many famous photographers, from Terry Richardson to Karl Lagerfeld to Steven Meisel last year, and dozens of beautiful women who have posed (often nude) for each of the 12 months and pages of the calendar. This year's photographer is Annie Leibovitz.

Although the women chosen to pose from 1964 to 2015 have been icons in their own right, they have also often been notably thin, traditionally beautiful, and generally photographed topless with their legs spread. This year's calendar, however, takes the focus away from sexualization and places it on the achievements and accomplishments of some of the most powerful women of the year.

The women chosen for the 2016 calendar are not the most famous or most Hollywood-defined beautiful, but they're arguably the most history-making. Ranging from Amy Schumer to peace activist Yoko Ono to songstress and icon Patti Smith to one of the greatest athletes in the world, Serena Williams, this new edition doesn't discriminate based on age, race, or even traditional beauty standards. These women have been chosen for their cultural impact and their talents over their aesthetics, or their "brains over boobs" as GQ so bluntly put it.

This isn't to say that nudity is always demoralizing when it comes to female bodies. In fact, the way Annie Leibovitz utilized the nude body in her edition of the Pirelli Calendar is an outspoken contrast to how female nudity has been used in previous publications.

The strength of Williams' back muscles represent her physical prowess through sport. Schumer's tummy rolls show how she'd beaten adversity against body shame to become one of the most successful comedic actresses of 2015. Instead of excluding nudity from the calendar entirely, Leibovitz and Pirelli have flipped it on its head to utilize it for artistic expression rather than male gratification.

Even if most of us mere mortals will never own the Pirelli calendar, it's nothing short of groundbreaking to see this level of representation in a publication that has historically been, for the most part, all about "sexy" and little else.

More like this
I Tried Kendall Jenner's No-Pants Look As A Plus-Size Woman
By Sarah Chiwaya
Instagram & Facebook May Finally Lift Their Notorious Nudity Ban
By Allie Fasanella
J.Lo's Micro-French Manicure Has A Fun, Sparkly Twist
By Olivia Rose Rushing
9 Must-Know Tattoo Trends For Spring 2023
By Carolyn Steber
Get Even More From Bustle — Sign Up For The Newsletter
From hair trends to relationship advice, our daily newsletter has everything you need to sound like a person who’s on TikTok, even if you aren’t.