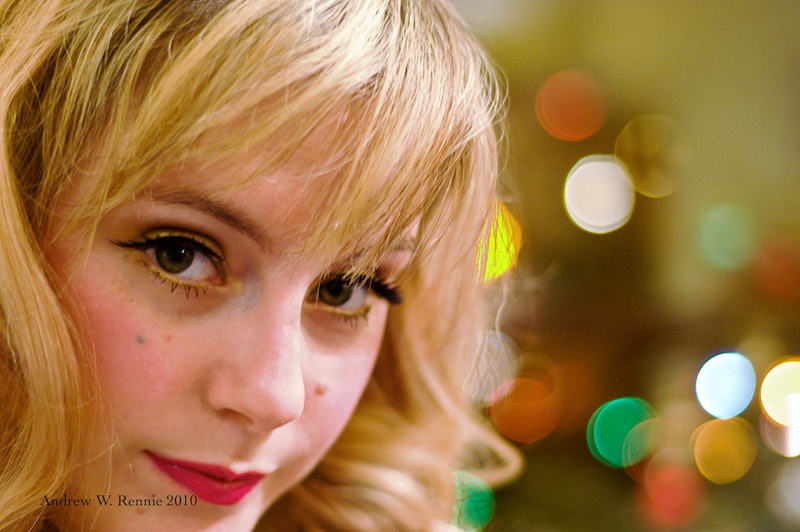 The holidays make us all children again — in a good way (all the wonder and goodness and spirit of joy that fills our souls and blah blah blah) but also in a way that can feel pretty gross. If you go home to see your parents for the holidays, there's a pretty good chance that all of you will fall back into typical old family patterns — from your mom insisting that you and your boyfriend sleep in separate beds to you acting like a brat when called upon to do dishes. Apparently, reverting to childhood behaviors during the holidays is so typical that social scientists even have a name for it: family systems theory.

According to The Science of Us:

Think of it like the familial offshoot of general systems theory, an idea often associated with engineering or biology that says nothing acts independently; each piece functions as a part of a whole. “Families tend to have these processes that govern the way that people relate to each other,” says Laurie Kramer, a professor at the University of Illinois who studies family dynamics. “There are all these rules — even if they’re not explicit, they may be implicit, but they do act very powerfully to guide a lot of the ways we relate to each other.”

Everyone accepts the "rules" governing family behavior implicitly, and they become so hardwired that, when we return home for the holidays, slipping back into those roles feels natural. But there is a way out of it. Katherine Conger, a sociologist at the University of California, Davis, told The Science of Us that you can escape from this pattern by treating your family like you'd treat your friends, with all the boundaries and responsibilities that implies.

Here are some other ways you can make your family finally treat you like an adult over the holidays, even if they still seat you at the kids' table:

If you act like a child, your parents are probably going to treat you like one. Look, I'm a Millennial too, and I know that with the financial lot we've been given, tons of us have relied on our parents for financial support as an adult — for example, living at home with them for a few years, staying on their cell phone plan, or straight-up asking them for money. But the sooner you can cut out that kind of behavior, the easier it will be for your parents to see you as an independent person.

Ugh, parents are so annoying, right? When we're teens, we think everything our parents do is the worst — but you're an adult now, and you should really try to start seeing them with more empathy (I'm assuming, of course, that your parents are not abusive or otherwise toxic; that's a whole different issue). If you still can't get over how annoying your dad is when he yells at the Giants game, try to work out your feelings in a journal instead, or complain about it to your therapist later that week.

3. Have a Sense of Humor

In uncomfortable or patronizing moments, you can get a lot of mileage out of cracking a joke instead of picking a fight. It shows your parents that you can handle things in a calm, lighthearted way — and by letting them in on the joke, it makes you closer to peers than parents and children.

4. Take an Interest in Your Family

Your family might seem boring to you, but that's because most of the time you spent with them was as a self-absorbed little kid. There's a lot about them you still probably don't know! Ask questions about their lives and opinions — not about politics or religion, maybe (you probably already know where they stand on that), but on more interesting, personal, specific questions, especially about their past. You might be surprised by what you learn.

Seriously, do those dishes!