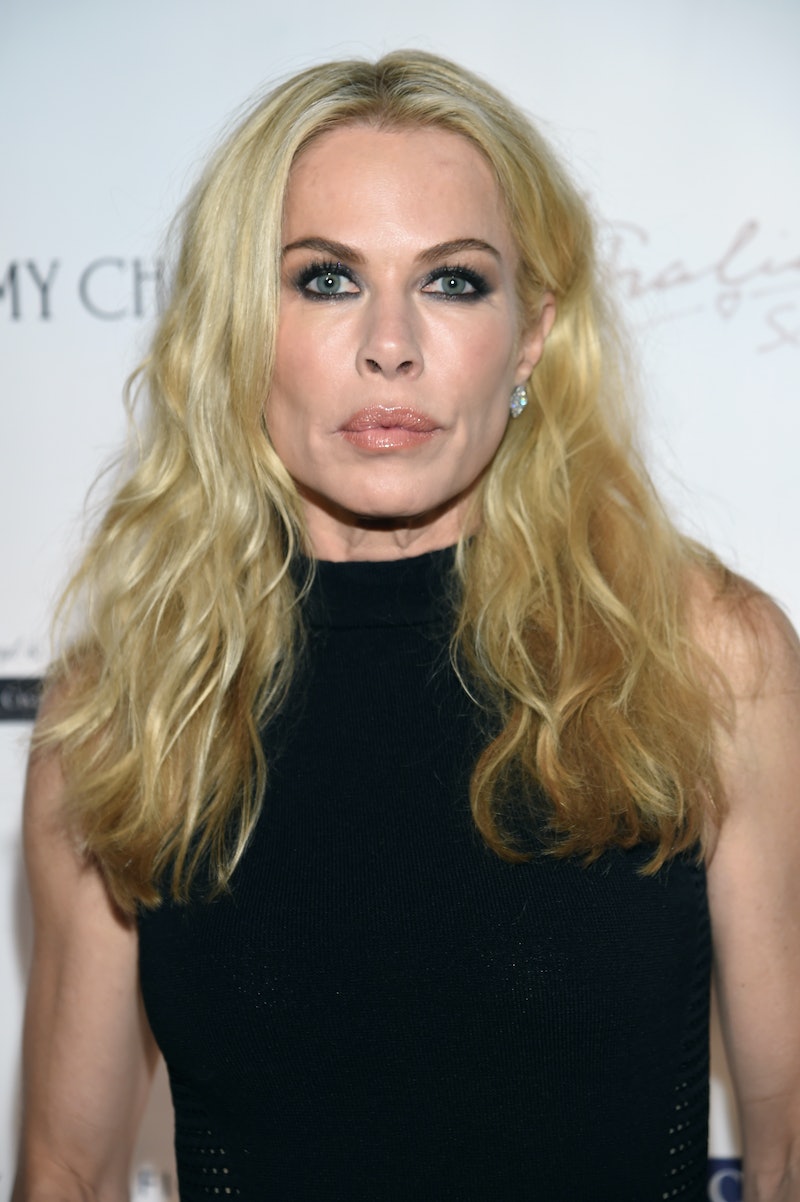 The newest season of Real Housewives of Beverly Hills is upon us, and this time there are a few new faces amongst the cast. After it was announced that a couple of mainstay cast members (Brandi Glanville and Kim Richards) would not be returning to the series as full-time Housewives, Bravo added two new women to shake up the drama in Beverly Hills. One of the newest additions to Season 6 of Real Housewives of Beverly Hills is Kathryn Edwards. Kathryn is no stranger to the glitz and the glam of California living, so there's no doubt she'll fit right in (hopefully).

Along with second new housewife Erika Girardi, Kathryn is sure to bring much needed new blood to the series. While we'll have to wait until the season progresses to find out who she bonds with and who she butts heads with, I can't believe that it's going to be smooth sailing this entire season. As for feuds, the preview of the season suggests that there's a confrontation with Faye Resnick (yes, Faye Resnick) along with even more drama that we'll have to watch play out for the next couple of months.

But, for now, here's what you need to know about the newest Housewife on the block, Kathryn Edwards.

She's Married To An Ex-Football Player

She's From The Midwest

Even though Kathryn is a Cali girl now (according to her Bravo bio, she moved to Los Angeles in 1986), Kathryn is originally from the midwest (Wisconsin, to be exact). Hopefully she's bring those midwest roots to Beverly Hills.

She Was A Model

After high school, Kathryn moved to Paris after signing with Elite. She has graced the covers of many magazines, as well as landing Nike’s first “Just Do It” campaign.

She Has Allies In The Cast

According to her Instagram, Kathryn seems to be getting along with cast members of RHOBH, including Kyle Richards and Erika Girardi.

She Cares For Animals

If you spend five minutes on Kathryn's Instagram, you'll quickly realize that she's a huge animal lover. One cause that seems to be important to her is the fight to stop the Chinese Yulin festival.

As if joining RHOBH isn't exhilarating enough, Kathryn seems to be up for any adventure, which makes me cross my fingers and toes that she plans the women's vacation this season.