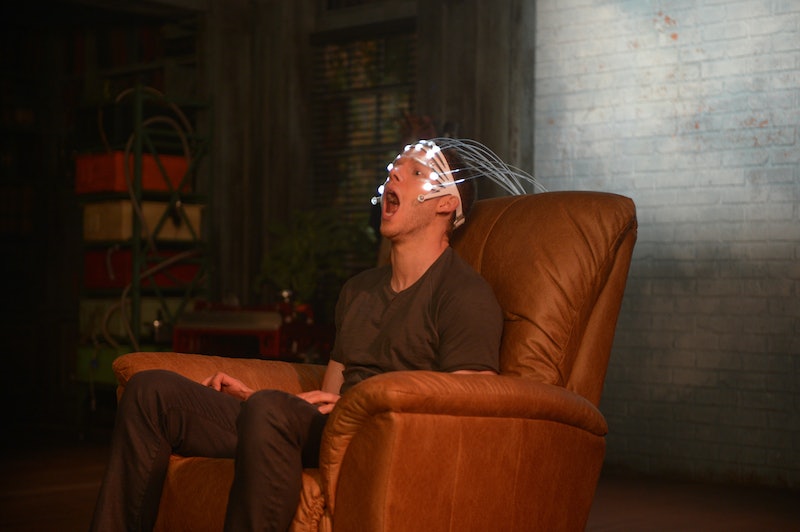 Uh-oh, science-fiction fans. According to predictions made by The Hollywood Reporter, Minority Report may not be renewed for Season 2 (insert joke about precognitive ability to see this cancellation here). The Minority Report TV show is based on the science-fiction story by Philip K. Dick, and the subsequent movie adaptation of the same name starring Tom Cruise. Set in the year 2065, the series follows Dash, a man who possesses special abilities to predict crime before it happens. Called “Precogs,” Dash (Stark Sands), his twin brother, Arthur (Nick Zano), and their foster sister, Agatha (Laura Regan), had their minds manipulated during a time period when this capability to predict the future was utilized to imprison people before they even broke the law. The show is set 11 years after the disbanding of the Precrime unit, so Dash and his siblings have to discover new ways to implement their otherworldly abilities.

Though the show, written by Max Borstein, hasn’t seen as much success as the Steven Spielberg movie adaptation (ratings dropped from over 3 million during the premiere to 1.5 million for Season 1's penultimate episode), I still grew quite fond of witnessing the trio of hyper intuitive siblings and Detective Vega (Meagan Good) take on some serious baddies. It's not looking good for the show's chances of survival, but there's been no official renewal or cancellation yet, so fingers crossed it works out! And, in the meantime, check out these four shows to get your sci-fi fix.

Although the show’s creators have been shy to call this version of the uber-popular series a reboot, I couldn’t care if it’s a reboot, a remake, a retool, what have you — I'm just excited to have Scully (Gillian Anderson) and Mulder (David Duchovny) back.

If you haven’t had a chance to bear witness to this cultural phenomenon, now’s a good a time as any. A full 10 years’ worth to marathon? Yes please.

The Man In The High Castle

This Amazon original series is set in an alternate reality of 1960s America, in which the Americans lost WWII and the country has been repossessed by the Axis Powers. The show is based on Dick’s 1962 novel, so it's great for Minority Report fans who are missing his brand of stroytelling.

If you aren’t familiar with the unbelievably unnerving BBC series, Black Mirror tackles every trepidation you have while dealing with the unknown power of technology.

So, while Minority Report might not make it back to your televisions following the Season 1 finale, at least the genre is filled with many more options to watch.