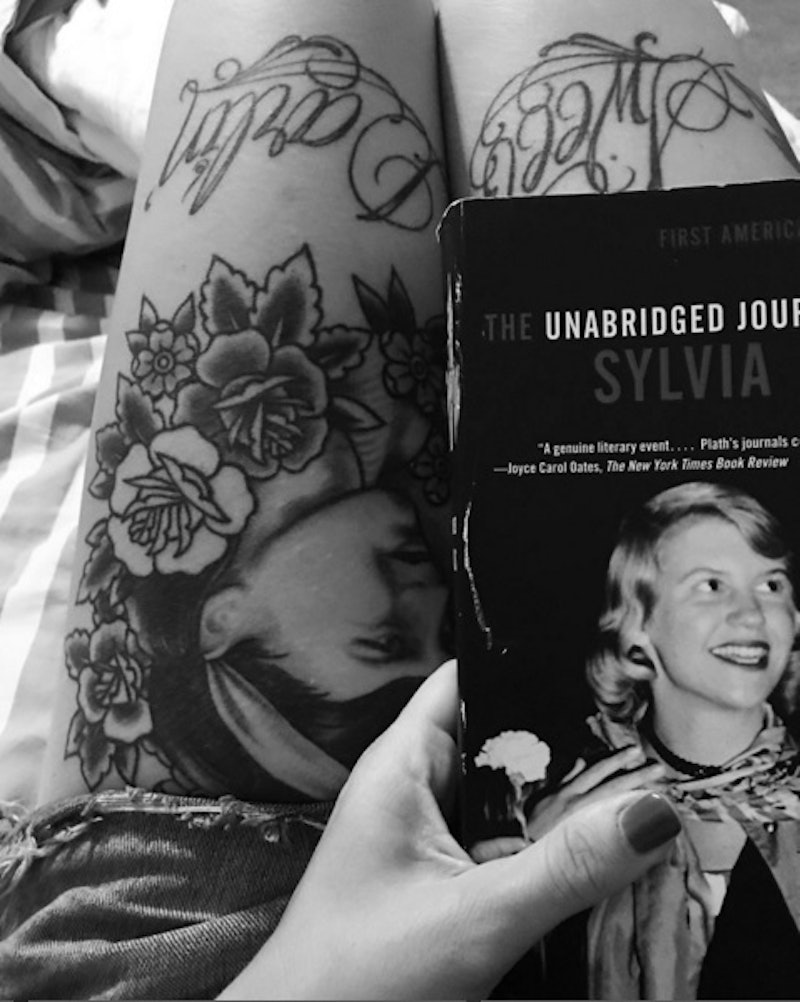 Tattoos are their own kind of commitment; getting one is a way of claiming words or an image for yourself. And for book lovers, literary tattoos from classic books are the perfect way to do that.

Economic constraints may make typical conventions and signs of commitment difficult, there is one relatively within reach: a tattoo. Committing to purchase a home or car may be out of the question and any plans of marriage may be in the distant, but for now, choosing a tattoo can symbolize one's commitment to herself and her ideals.

Or at least that's what I imagine the desire to get a tattoo springs from. I don't have one nor I have I ever really wanted one, but part of me thinks that's because I just haven't found something I love enough to mark it on my body. I'm fickle, and one moment, I can love a particular line from The English Patient ("You have to protect yourself from sadness. Sadness is very close to hate"), and the next, I'm falling over another line in one of Joan Didion's essays ("We tell ourselves stories in order to live").

I envy that level of sincerity and devotion. Maybe the images and quotes from the classic books — ranging from childhood favorites to current ones — below can help stir some inspiration.

1. Where The Side Walk Ends by Shel Silverstein

3. The Lion, the Witch, and the Wardrobe by C.S. Lewis

4. The Bell Jar by Sylvia Plath

7. A Room of One's Own by Virgina Woolf

14. On the Road by Jack Kerouac

15. Harriet the Spy by Louise Fitzhugh

16. East of Eden by John Steinbeck

17. The Handmaid's Tale by Margaret Atwood