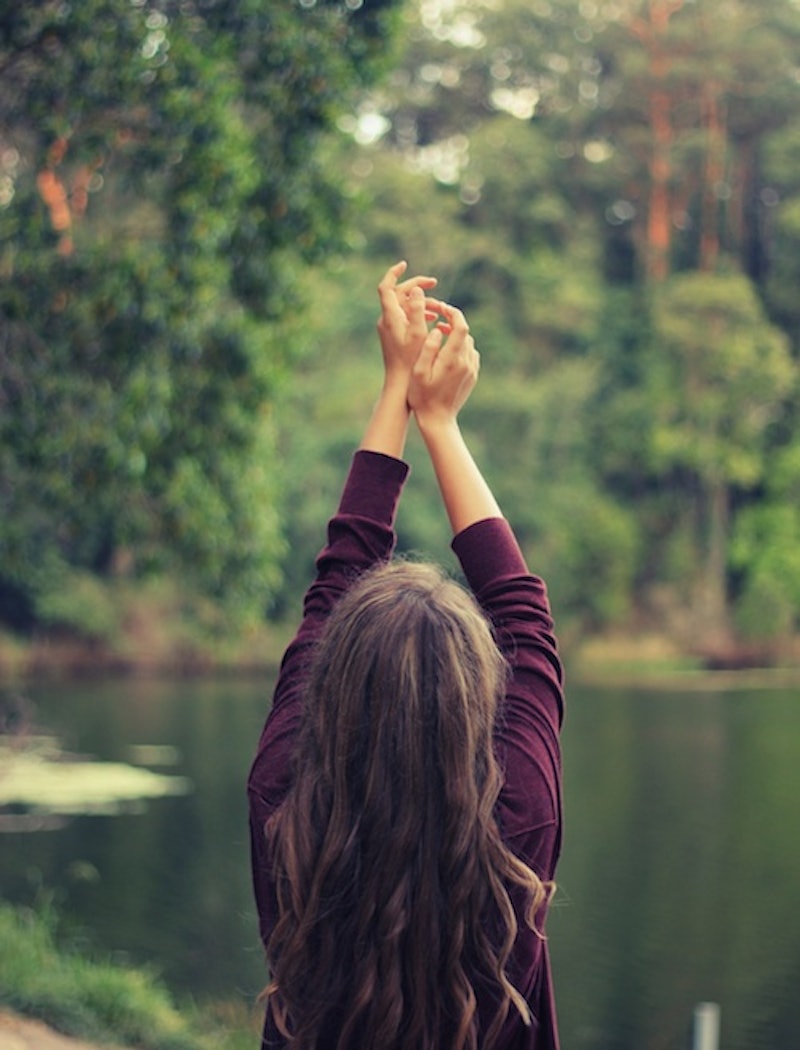 Most of the scientific research about human social isolation doesn't really extol its benefits. We're social animals, and too much time on your own has been linked with higher levels of heart disease and early rates of death among the elderly. But it's not all bad news. A little bit of time away from human contact — particularly during the busy holiday season, where you're expected to attend five social events a day (and be cheerful at all of them) — can actually have serious pluses for your mental health. I've always thought the idea of self-imposed exile had a kind of weird charm; but even Robinson Crusoe had his Friday if he got lonesome. So how much social isolation is good for you, and how much is too much?

Humans have had many reasons for becoming hermits and deliberately isolating themselves throughout the centuries. One common reason in many societies was escaping disease, like the plague, though a 2006 study found that this response wasn't quite so productive — mostly because if a village cuts itself off from a pandemic, it can't build up any immunity, so if the pandemic comes back again, the entire place is wiped out. Other, more romantic motivations for leaving society behind have included trying to get closer to God, or withdrawing from the "corrupt" wider world; a lot of religions, from Buddhism to Christianity, have traditions of hermitage, and the idea of becoming an anchoress — cutting oneself off entirely to live a solitary life of prayer — was actually pretty popular among women in the Middle Ages. (Julian of Norwich is the most famous one.)

Luckily, you don't have to make a pledge to move to a mountain and permanently avoid human contact in order to reap the benefits of alone time. Some time to yourself can make you less depressed, more capable of strong memories, more invested in relationships, and a better student. Read on for six strong arguments for getting into a Snuggie and ignoring everybody's calls for a day.

Harvard University has been on the front lines of studying the possible psychological benefits of spending time alone, and one of its discoveries is actually pretty striking. It turns out that, if we believe we're experiencing something on our own, we form firmer and longer-lasting memories of the event than if we do it with other people. In neurological terms, this makes sense — if we can't rely on other people to corroborate details, it's sensible for us to cultivate a more complete memory of something, so that we can rely on ourselves. Blame it on evolution: if an early human found a good resource on their own, they were more likely to survive if they could remember it clearly than if they couldn't.

However, this effect seems to be negated once we get older; our memory function is actually improved by joint experiences once we become elderly. So now is definitely the time to take that trip on your own.

This is basically a therapeutic truism these days: If you want your relationships to succeed, you have to take time out for yourself. Not enough time that you're actively ignoring each other, of course, but enough to feel comfortable developing your own personality and interests. There's a significant body of research advancing the theory that solitude is the time when adult humans "center" themselves and become more able to form real attachments and genuine bonds. It sounds very New Age, but it seems that the ability to be comfortably separate and then reconnect, even on a daily basis, is one of the keys to a successful relationship where both partners are allowed to flourish. So, in other words, stop thinking that love means seeing each other 24/7.

3. It Makes You More Empathetic

Back to Harvard for this discovery: it turns out that time alone in between social interactions actually strengthens our sense of empathy. Empathy is our ability to connect with and "feel" the emotions and problems of others, and it's apparently enhanced if we spend time away from others, purely in our own company. That's a pretty fundamental point in favor of hermits.

When it comes to why this is so, though, we're less sure. The particular area of the brain focused on empathy is the right supramarginal gyrus, and a crucial part of its functioning is its ability to distinguish between our own feelings and those of others. So it may be that time alone strengthens the gyrus's sense of our own emotional states and sensations, which might then make us more able to step into other peoples' shoes.

4. It Makes You A Better Student

It turns out that study groups are kind of bad for you. In general, isolation has been linked to a higher capacity for concentration. And when it comes to doing something focused like studying for a test, science has shown that a bit of social hermit-time is the way to get the best grades. Two separate studies — conducted at NYU and University of Virginia, respectively — have turned up the fact that studying on your own is better for your grade point average, as it improves your ability to retain information and reproduce it in test situations. This goes back to the solo-time memory advantage again, but it's also a testimony to the sheer negative power of social distraction. So tell your mates you want to study for your French final or your next job performance review on your own. Science says you'll do better.

5. It Alleviates Feelings Of Depression

This particular finding only applies to adolescents, but it may also be relevant for adults: it seems that, after time alone, depressed teens feel a significant relief in their depressive symptoms, even if they didn't find the time alone all that pleasant. This is the crucial bit to understand — that the experience of brief periods of time spent alone might not be all that fun, but the after-effects will be worth it.

And the scientists who ran the study also found that the best amount of time to be alone was "intermediate": not too much, not too little. They think the best way to view solitude is as "a strategic retreat that complements social experience," not as separating yourself from the world altogether. It's a pretty good way to look at it.

6. It Makes You More Innovative

Time apart from others seems to make us more able to have innovative ideas and be more creative. Psychologists believe this is because time spent alone separates us physically from the judgement and actions of others. Humans are inclined to want to imitate the other people around us — we even have mirror neurons in the brain devoted to helping us mimic other people — and that can make us less inclined to push the envelope.

Solitude is therefore tied to creativity — not just because, as an expert told the New York Times , it means “concentrating the mind on the tasks in hand, and preventing the dissipation of energy on social and sexual matters unrelated to work," but because it frees us from the strictures of fitting in, even unconsciously.This is why so many famous artists seem to flourish in their little garrets— in between going to bars and arguing about their work with others, of course. It's all in moderation, guys.