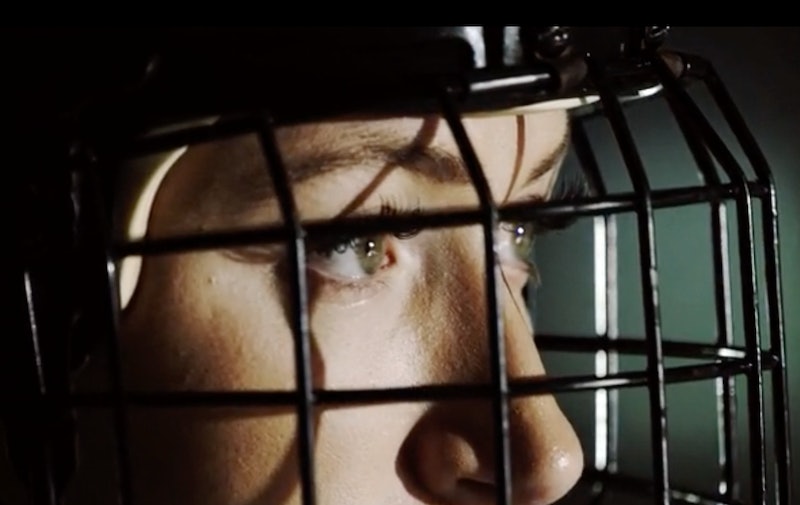 The National Women's Hockey League is just a third of the way into its inaugural season, and already it's made history by being the first women's hockey organization to pay its players. Women's sports are unfortunately overlooked as a whole, and the fact that options for female hockey players are limited at best shows the sheer importance of the NWHL as an organization. This has not been overlooked by the filmmaking team looking to create NWHL: History Begins (working title), a documentary on women's hockey that's seeking funding on Kickstarter. It aims to follow all four original NWHL teams throughout the season, showcasing every aspect of the sport, from player interactions and practices to games, as well as the plight of NWHL Commissioner Dani Rylan as she looks to ensure the league's success. Update: On Thursday, the Kickstarter campaign met its goal. The team have a new "stretch" goal of $55,000, which would go towards expanding the film's coverage and production value.

Still in its infancy, the NWHL boasts an impressive roster of Olympians and legends, along with heavy-hitting supporters. History Begins' teaser includes the likes of Hockey Hall of Famer Angela Ruggiero and Boston Pride co-captain Hilary Knight. Both are Olympic medalists. Knight's dominating performance in the 2014 Sochi Winter Olympics was pivotal in propelling Team U.S.A to the finals and bringing women's hockey to the forefront.

Knight and her teammates would go onto face Team Canada in the championship, in a highly competitive game which ended in an overtime victory for Canada. That game's popularity was one of the biggest motivators to establish the NWHL. In an interview with The Chicago Tribune, Rylan, who also appears in the teaser, describes the momentum of the Sochi game, which drew nearly five million U.S. viewers:

They weren't watching because it was a women's game, they were watching because it was an amazing hockey game. A lot of times the fans didn't even realize it was a women's game until they zoomed in and you saw the players' mascara or ponytails hanging out. That just goes to show that this is the right time for a professional women's hockey league. The game is going to continue to evolve, just like the men's game has evolved

The same way the NWHL roster features an impressive mix of emerging hockey superstars and established players, the personnel working to make NWHL: History Begins a reality is quite diverse. Director Rachel Koteen's previous efforts include co-producing the acclaimed documentaries A Path Appears and Half the Sky, which aired on PBS as part of Independent Lens. Koteen will be working alongside female film powerhouses such as cinematographer Marian Dealy and story producer Ana Veselic to document the historic first season of the NWHL. But first, they need to raise at least $45,000 to fund two months of filming. With less than a week to go, the Kickstarter has already raised over $40,000, and may very well hit its goal before its Dec. 7 deadline.

The film would add to the canon of acclaimed sports documentaries — the majority of which follow men's sports and teams. It's meant to be crafted in an artful manner, akin to the wildly popular 24/7: Road to the Winter Classic documentaries HBO airs, which follow individual NHL teams as they vie for the Stanley Cup. Dealy has previously worked with HBO, and got her start in the film business as a production assistant on the set of the HBO documentary Paper Clips. The cinematographer has been working in the production world for almost a decade and a half, having helped produce and develop programming for the likes of the Discovery Channel and the History Channel. Veselic's resume is similarly impressive. Kehinde Wiley: An Economy of Grace, which she produced and edited, won SXSW's 2014 short documentary award, and was even shortlisted for an Oscar.

NWHL: History Begins has the potential not only to be an important showcase of athletic prowess, but also to directly help advocate for gender equality in the sports world and beyond. An illuminating series of infographics on the Kickstarter page sheds light on the wild disparities between how female athletes and their male counterparts are treated. Understandably, the pay gap is massive between the NHL and the NWHL. Overall, media coverage of women's sports makes up just 2 percent of the current sports journalism landscape. Having this film funded can preserve the memory of an exciting first NWHL season, potentially ensuring the longevity of the league, while also setting the stage for more sports films which feature female athletes.