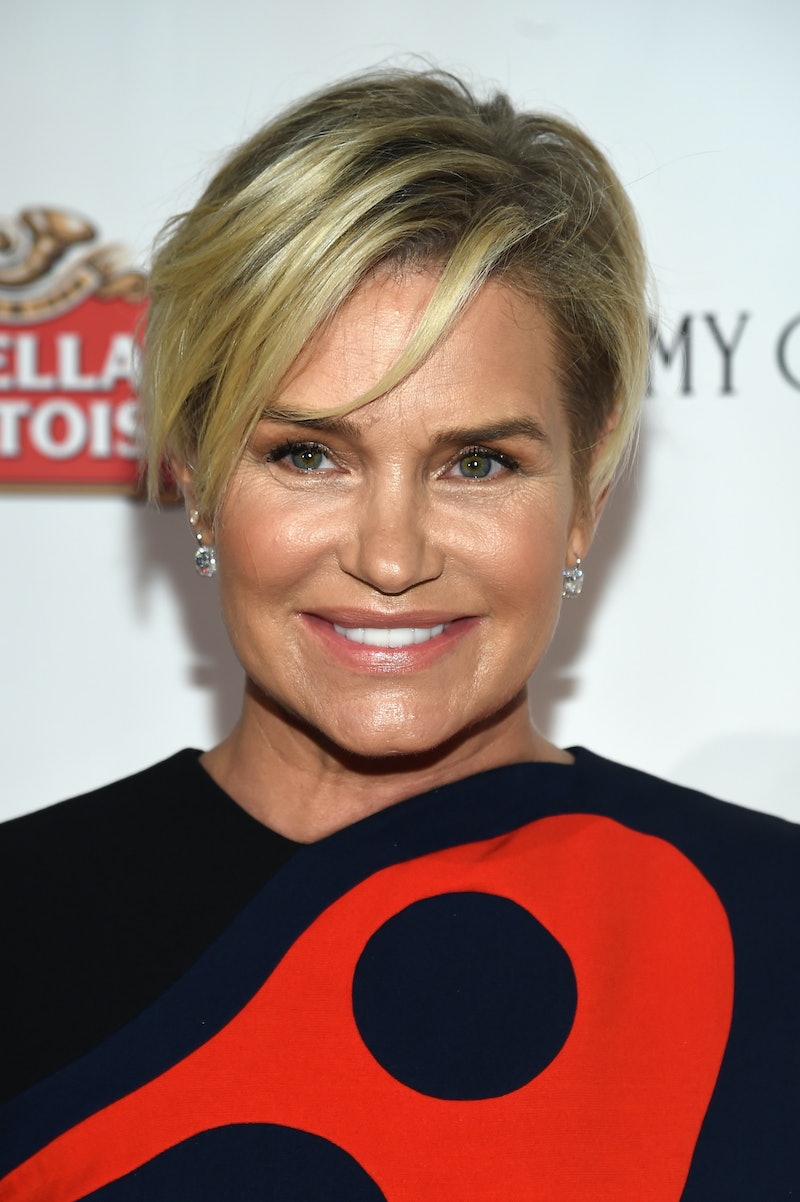 It has been a challenging few years for Yolanda Foster, who has been struggling with neurological lyme disease. The path of her diagnosis persists on the premiere of Season 6 of Real Housewives of Beverly Hills , where Yolanda continues to battle the disease. And despite a handful of unhelpful and negative comments coming from multiple cast members, Yolanda's strength on RHOBH is inspiring to many.

On the premiere of RHOBH, it became obvious quite quickly that Yolanda's battle with lyme disease was challenging the Housewife. Currently living in a condo closer to her doctors, Yolanda shares that she feels like her body doesn't belong to her. It's heartbreaking to see her fight lyme disease, but it's clear that she is trying her best to stay strong. She has been doing anything she can to get better, including traveling to places around the world to try remedies that aren't necessarily approved by in the United States.

The other women on the show are clearly concerned with Yolanda's health. New "friend" of the show, Angie (Cody Simpson's mom) came over to spend time with Yolanda, and Lisa Rinna reached out to Yolanda to include her in a birthday dinner. Kyle Richards and Lisa Vanderpump also got in on the conversation, but their comments weren't particular supportive.

Kyle and Lisa Vanderpump's comments became even more critical when Yolanda made an effort to attend Lisa Rinna's birthday dinner. Both Kyle and Lisa Vanderpump were both captured making comments about Yolanda's appearance—Lisa V. couldn't believe Yolanda wouldn't spend a couple minutes putting makeup on before coming to the dinner. Ken Todd, Lisa's husband, made a point of saying that even though he told Yolanda she looked better, she didn't. In fact, he kept commenting over and over again that she looked terrible. (It's fine, because according to him, it's nice for a woman to be told by a man that she looks nice, so I guess he was doing her a favor). Whether these comments were a product of editing or not, they were rather mean-spirited, so let's hope that gets left at Villa Blanca, right?

Here's the thing about Yolanda — give the woman a break. She is clearly going through some tough stuff right now, which I would think the other women would understand and have compassion for. Everyone is going through challenging things (Kyle herself hasn't spoken to Kim Richards in a while), but that doesn't mean it's OK to be any less compassionate for others. I, personally, found Yolanda's strength in the first episode inspiring. Not all diseases are physically apparent, but there's no doubt that what she is going through is frustrating. So let's lay off Yolanda, OK?