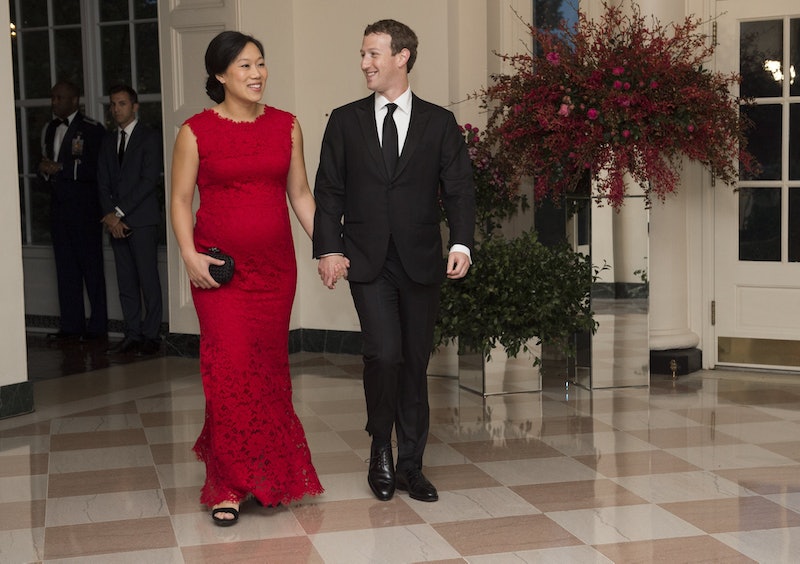 If you haven't heard by now, Mark Zuckerberg truly broke the Internet Tuesday night with the amazing news — delivered in the form of a letter to his new daughter, Max — that he and his partner, Dr. Priscilla Chan, will be donating 99 percent of their Facebook shares to philanthropy over their lifetimes. That amounts to a whopping $45 billion. With one fell swoop, Zuckerberg and Chan have become some of the biggest charitable donators in the world, alongside Bill and Melinda Gates.

But we aren't all billionaires. So what can we do? Contrary to what you may believe, small amounts and small acts can make a difference on a big scale, when they're done by enough people. The Chan Zuckerberg Initiative, which Mark and Priscilla have founded to manage their philanthropy, may be handling insane amounts of wealth, but it's founded on the same basic principle as all philanthropy: wanting to make the world better. And, as Zuckerberg points out, they're not just throwing money at the problem; they're using tools from activism to lobbying to community engagement.

So if you're tired of only using Facebook likes to show your support of world-changing initiatives, here are some ways to get yourself involved in changing the world alongside Zuckerberg and Chan — even if you can barely make rent.

Zuckerberg and Chan were key partners in a big initiative announced by Bill Gates this Monday: the Breakthrough Energy Coalition, which is set to be the world's biggest research and development group into new technologies for clean energy. Virgin's Richard Branson is also on board, and a large part of the money pot will go to funding start-ups in different industries that can make them cleaner.

So What Can You Do? Obviously, if you have a clean-energy idea that might revolutionize something (even if it's small), go for it. But clean energy isn't all about new technologies. It's also about lobbying to make life easier for clean energy producers, making them cheaper and getting them more funding from governments. Avaaz and the U.S. Renewable Energy Association have petitions to deliver to world leaders on the subject, and 38 Degrees and Good Energy have sign-up programs for people who want to find a cleaner energy provider. And Archbishop Desmond Tutu's Change.org petition asking Obama to commit to 100 percent clean energy by 2050 is gathering momentum. Sign 'em!

Zuckerberg points, in his letter, to the five most lethal diseases for humanity: "heart disease, cancer, stroke, neurodegenerative, and infectious disease". If you're not a doctor or a researcher, though, the idea of helping to find cures or help with prevention can seem utterly overwhelming. How can the average person even hope to help? Easily, it turns out.

So What Can You Do? A little goes a long way when it comes to helping research and practical solutions. Giving a little to the Conquer Cancer Foundation, for instance, goes to both new science and helping education about cancer causes. And you can go even more specific: Nothing But Nets, for instance, helps distribute mosquito nets to prevent the risk of infectious diseases, for $10. Plus many organizations, like Save The Children, have donation-matching, where governments or organizations match every dollar you spend during a set period. Buy a bicycle for a healthcare worker in a remote area, for instance, and the government will buy another.

One of the most important ways you can help, though, is by volunteering for medical studies. Some of the most important innovations in health, from vaccines to understanding diseases, have to be tested on humans, and young, healthy adults are often the most useful test subjects. Your local universities and research institutions will have lists of studies; Harvard, for instance, has an entire network designed to match volunteers with studies at hospitals and labs.

Zuckerberg points out, correctly, that inequality across the world is costing us massively, and that women in particular are vulnerable. We hear this argument a lot. Female empowerment in unequal societies, as READ Global points out, takes many forms, from learning trades to having safe spaces to learning to read. A little bit of help in any of these departments is seriously welcome.

So What Can You Do? There are lots of awesome charities focused on this precise issue, and you can donate or volunteer with them. Womankind, Tostan, and Women on Wings focus on different bits of female empowerment worldwide, from educational access to entrepreneurship; pick what suits you. (I'm a particular fan of Days For Girls, which provides period products to girls so that they can go to school.) But you can also give your time closer to home, helping survivors of domestic violence, or lending a hand to help refugee women adjust to a new life in America.

One big part of the Zuckerberg Chan Initiative's plan, to bring Internet access to 100 percent of the world, has got them a bit of flack: their free Internet currently doesn't let people access certain websites. And, realistically, the movement to get everybody online for free is mostly in the hands of tech giants. But another bit of their project, to give personalized learning tools to kids even if they don't have access to schools, can be helped by us commoners.

So What Can You Do? The most famous instance of personalized education technology is the charity One Laptop Per Child, which does exactly what its name says. They're always looking for help, whether you can be a translator, a software support person for people who've never had laptops before, an intern, or just put their banner or ads on your FB. You can also donate old laptops or equipment to an organization like IT Schools Africa or Computers For Africa, which will ship them to school kids.

It can be tricky to feel as if you're making a difference just by reblogging awareness campaigns or throwing $2 in the charity bucket at the supermarket, but while you may not be the biggest philanthropist since Warren Buffet, I promise you can make a difference.