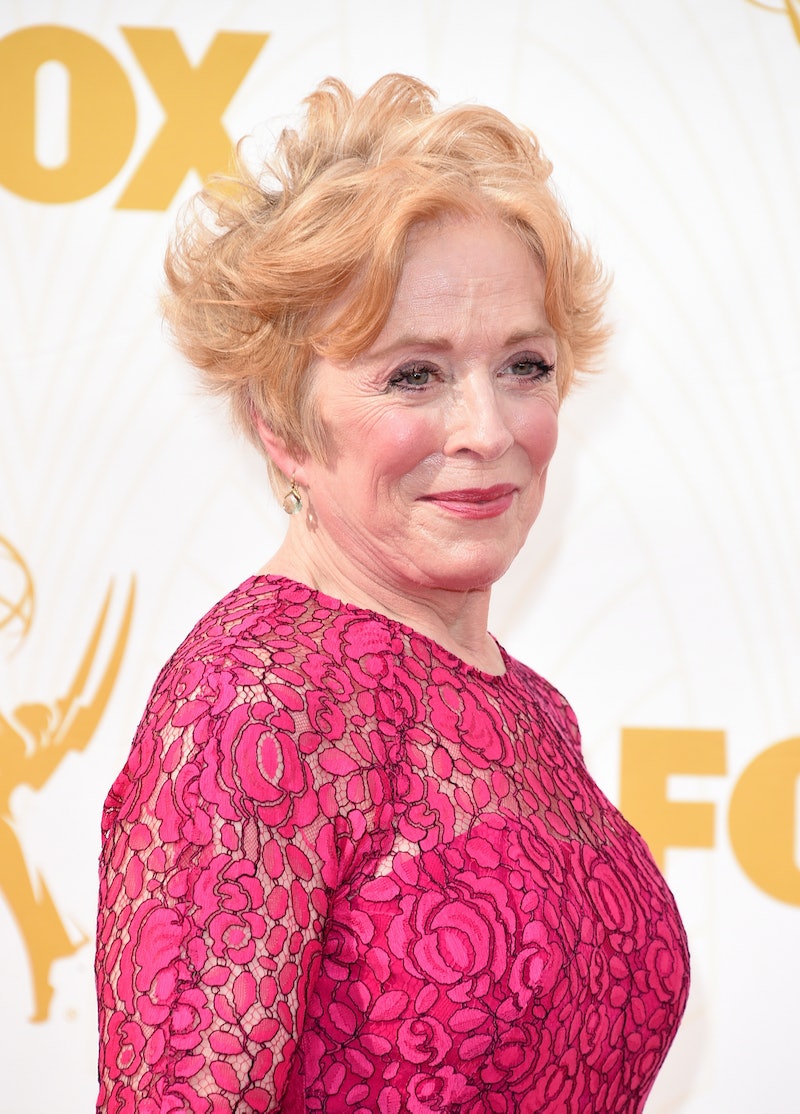 While I like to think I'm too sophisticated to may much attention to celebrity news, let's be real — I lap it up like my morning espresso and I have no shame. I'm particularly fascinated by Hollywood romances, which seem to be intense, whirlwind, and generally short-lived. The stranger the combination, the more I love hearing about it, but I also have a soft spot for unexpected couples that just seem to fit together. That's why when I found out that Holland Taylor and Sarah Paulson might be dating, I got way too excited. I never would have put them together, but now that I know they probably are, I'm totally for it! I mean, how cute of a couple do they make?

It was only last week, during an interview on WNYC's Death, Sex & Money podcast, that Taylor revealed that she's been in a "deeply committed relationship" with a younger woman for the past couple of months. While she didn't name her partner during the interview, she did describe the partnership as "the most wonderful extraordinary thing that could have ever possibly happened in [her] life," which, given that she's 72 years old and has built an incredible career over the last four decades, is pretty impressive. Now, it seems we maybe a name for the source of Taylor's happiness.

According to People, several sources have confirmed Taylor's and Paulson's romance, and while neither woman has spoken out publicly about their alleged relationship, I'm already on board with this. Love is a wonderful thing, and it's hard to find in this world — and probably way harder in Hollywood. The fact that Taylor admitted that she was living a "shallow life" and had "stayed very solo" for much of her life, only to find love in her 70s is a wonderful thing (even if it isn't with Paulson).

While neither Paulson nor Taylor should ever have to come out and confirm reports about their relationship, I would love if they did because that would mean I could cheer them on officially. Things are already said to be pretty serious, given that Taylor told WNYC that she'd love to get married as a declaration of her love. Ugh, if there's anything better than wedding bells, it's celebrity wedding bells. I'm keeping my fingers crossed on this one.