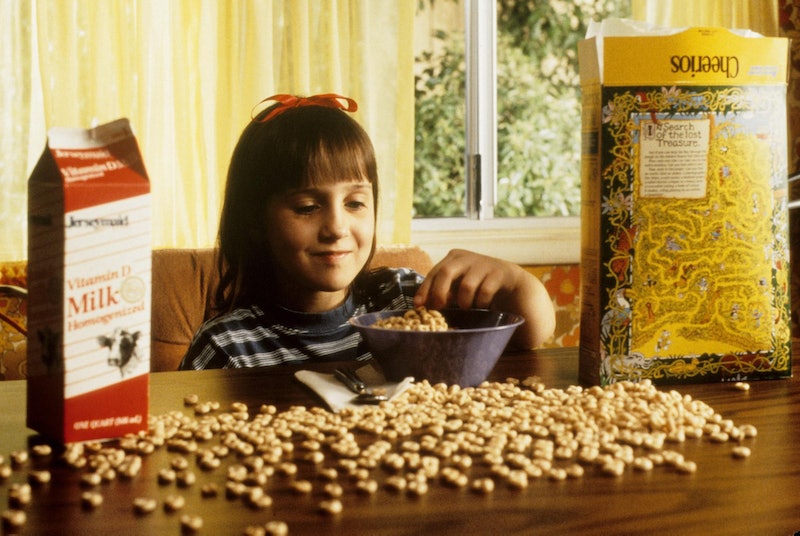 It's a great year for Matilda nostalgics. Not only did the Broadway musical adapted from the film (which was adapted from the 1988 book by Roald Dahl) clean up at the 2013 Tonys, but the cast of 1996's Matilda reunited for a cast pictures after 17(!) years.

As soon as you get over your warm fuzzies (especially seeing briefly-separated-but-now-reunited couple DeVito and Perlman together), begin imagining how DeVito's blonde hair will play into Season 9 of It's Always Sunny in Philadelphia.