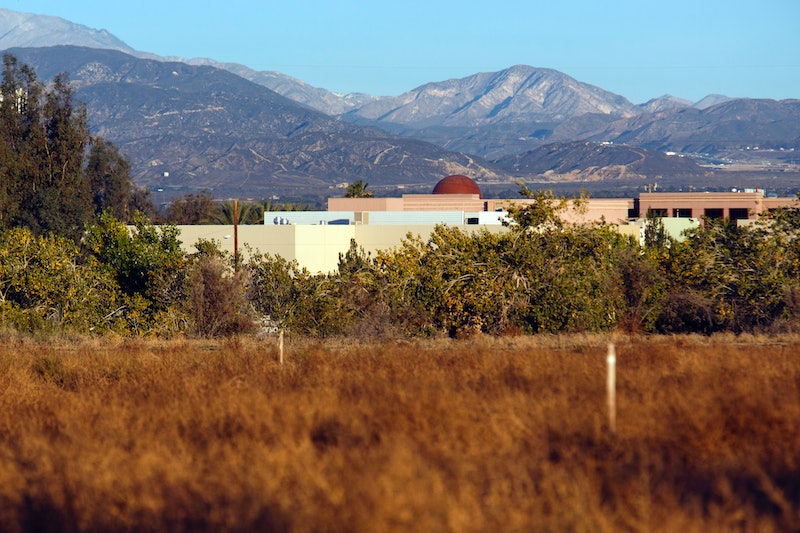 Earlier: On Wednesday, authorities in San Bernardino, California responded to an active shooting incident that has reportedly left up to 20 injured and multiple victims dead. Details are still emerging regarding the situation, but there are reportedly up to three shooter suspects involved. The shooting occurred at Inland Regional Center, which is a facility that cares for people with developmental disabilities. As if the story couldn't get more tragic, it appears that Inland Regional Center held its holiday party the day before the shooting, on Dec. 1. And as reported by the Los Angeles Times, the shooting may have occurred during a holiday party being held by "county workers" unrelated to the center, according to Keith Neilson, vice president of the Inland Regional Center's board of trustees.

The facility's Twitter page shows that its holiday party was held on Tuesday, as the account tweeted a now heartbreaking photo of someone happily posing with a man dressed as Santa Claus, as well as a video of facility members dancing in a festively decorated room. Inland Regional Center has yet to speak out about the tragedy, but since the news broke about the shooting, its Twitter page has been flooded with thoughts and prayers by people everywhere.

The IRC reportedly cares for 30,200 people across the counties of San Bernardino and Riverside, and staffs nearly 670. Below are the video and photos Inland Regional Center shared during its holiday party on social media, highlighting the festivities that happened just a day before the facility faced such tragedy.

While the news of this shooting is absolutely devastating any day of the year, the fact that those Inland Regional Center services and employs were happily celebrating the holidays by dancing to "Celebration" just the day before they were targeted in a horrific event is absolutely heartbreaking.