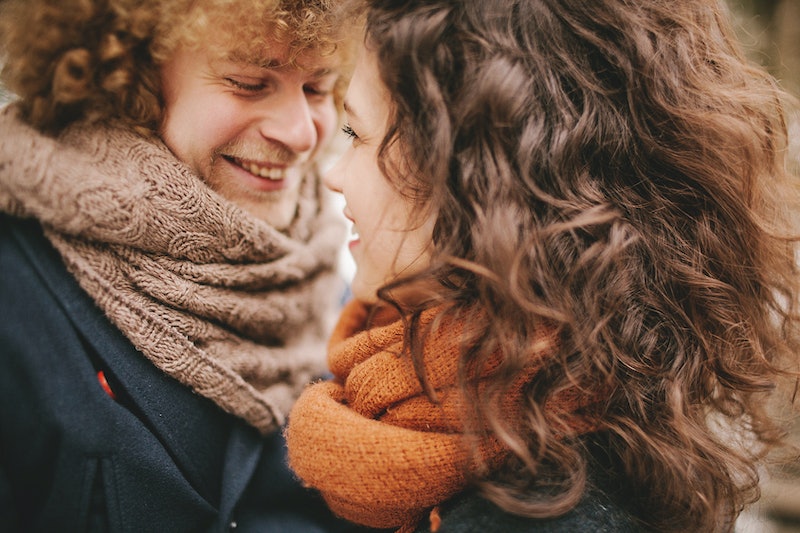 If you've ever been accused by your friends of changing once you start a new relationship, don't blame them — blame science. A new study published in Development Psychology found that people really do change after they enter into a romantic relationship. People become more like their partners and less like their friends.

The Florida Atlantic University study wanted to test the hypothesis that adolescents become less like their friends and more like their romantic partners after starting a new relationship. In a two part study, researchers took a sample of girls and boys aged 12 to 19 and questioned them on their friends, romantic partners, and measures of alcohol abuse.

"The results confirm what most friends complain about — romantic partners are a distraction from friendships," Brett Laursen, a professor and graduate studies coordinator in the Department of Psychology at Florida Atlantic University said of the study. "It also is a stark reminder how the peer social world changes during adolescence. Same-sex friends become less important and romantic affiliations become more important."

Personally, "Damn, you've changed," is something I commonly hear whenever one of my friends starts dating someone new. One of my best friends, for example, has always been pretty mellow and quiet ever since I've known her. But after being with her boyfriend for the past five years, she's turned into a chatty person who's not afraid to speak her mind. And it makes sense that romantic relationships have a way of changing people. If you're investing a lot of time with someone, it makes sense that you're going to pick up a few of their traits. It's only natural.

"The findings suggest that participation in a romantic relationship does not elevate the risk of alcohol abuse beyond that involved in participation in friendships," Laursen said. "Instead, it is the source of the risk that changes. Friends no longer shape drinking habits the way they used to. Romantic partners now dictate terms. Your friends were right: You aren't the same person you were when you were single."

It happens. I've had several friends who seemingly broke up with me after they started seeing a new guy. Yeah, it sucks, but sometimes no one is entirely at fault. Investing your energy into a friendship only works if the other person is willing to do the same. But in all relationships of any kind, maintenance is key. Here are some ways to maintain your friendships when you're in a relationship.

1. Take Time Out To See Each Other

Texting and social media are great and everything, but nothing beats the in-person experience. Yes, everyone has a life. Everyone is busy. But if you really care about someone, you're going to plan out a time to see them, regardless of whatever is going on.

2. Go On Double Or Group Dates

If you and your friends are all in relationships, plan a fun group thing. That way, everyone can meet each other's partners without putting the pressure on a single person. Plus, it's a great way to see how your friends and your partner mesh.

3. Be An Ear To Listen To And A Shoulder To Cry On

Simple enough. If your friend is going through stuff, be there for them. Besides, who else are you going to bitch out your boyfriend/girlfriend problems with?

4. Don't Be Afraid To Check-In Every Now And Then

You don't necessarily have to spend all your partner-free time with your friends. Keeping open lines of communication here and there also work. For instance, I have a friend who texts me out of the blue every now and then just to tell me, "Hey, I'm still alive." That's cool. Of course, we'd get into short life updates after that, but that's just our dynamic. Personally checking in every now and then is a great way to keep updated on your friend's life. Besides, you get all the juicier stories that don't make the cut on Facebook or Instagram.

5. Remember That You're Still "You"

Relationships have a tendency of turning a "me" into a "we." That's cute and everything, but don't lose yourself in a relationship. Detach yourself from your other half once in a while so you never lose sight of who you were before you entered into your relationship.

6. Understand That You're Still Friends Because You Want To Be

It's easy to drop people without a thought. I mean, hello, ghosting! It's hard work to keep a relationship alive. People grow up. They meet people, they get married, they move away, they start families, etc. But when it comes right down to it, people only stay in your lives because you want them to be there. Just like you invest time and energy into you romantic partner, you need to do the same with your friends. It's all about balance.