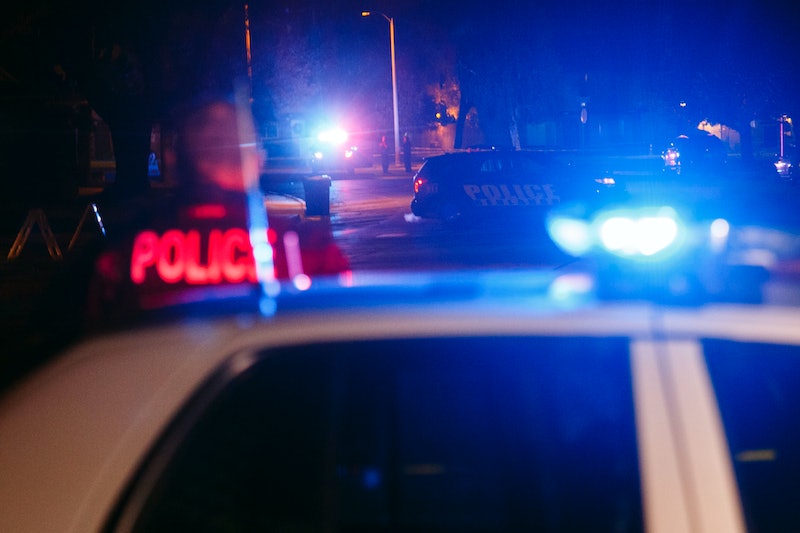 Wednesday's mass shooting in San Bernardino, California, is among the mere 2 percent that are carried out by women. Police named 27-year-old Tashfeen Malik as one of the two shooters at the Inland Regional Center. She was later killed — along with another shooter, her husband, Syed Rizwan Farook — in a shootout with police. Despite the frightening regularity of such shootings, a woman committing this sort of crime is extremely rare. According to TIME, men commit 98 percent of mass shootings. But women do commit about 11 percent of all murders. So if not mass shootings, are there other trends that can shine some light on female murderers?

To start with there aren't very many. According to statistics released by the Department of Justice, since 1980, the number of female murderers has halved, mirroring the decline in male killers. In 2008, only about 1.6 women committed a homicide out of every 100,000 people — not very many at all. In comparison, about 11.3 men per 100,000 carry out a homicide. Black women had the largest reduction in homicide offending rates of all groups measured starting in 1992. The drop was from 11 to 3 per 100,000.

Women — in a partial explanation of why women don't commit mass shootings — tend to know their victims, and they tend to murder just one person, not large groups. Only 11.9 percent of female murderers' victims are strangers. Some 41.5 percent of female murderers kill a significant other, be it a spouse, an ex-spouse, or someone they're dating. Another 16.7 percent kill another family member (and 7.5 percent murder a child!). Acquaintances round out the rest of the victims with 29.9 percent. Of all murders with multiple victims, women committed just 6.4 percent.

How they carry out the killings is different too. Guns are still used in a lot of cases, 39 percent of the time. But that is not as common as it is with men. Commonly quoted statistics show women make up a much larger percentage of murderers who use arson or poison to kill their victims than guns. Women disproportionately commit some 39.5 percent of all poisonings. That's because it's more uncommon for men to use poison as a means to kill — not because there are so many women using poison. Only about 2.5 percent of murders committed by women from 1999 to 2012 was by poison.

It seems as though female murderers will continue to be rare. Even though the rates of women being arrested are up from 2003 to 2012, nearly 3 percent, that's not the case for murder. Only 830 women were arrested in 2012 for murder and "nonnegligent manslaughter" — a decrease of about 8.3 percent.

No matter the methods women use to commit murder, they are, by and large, not targeting groups of people and definitely not strangers. However Malik was brought into Wednesday's plot, she remains a statistical anomaly.