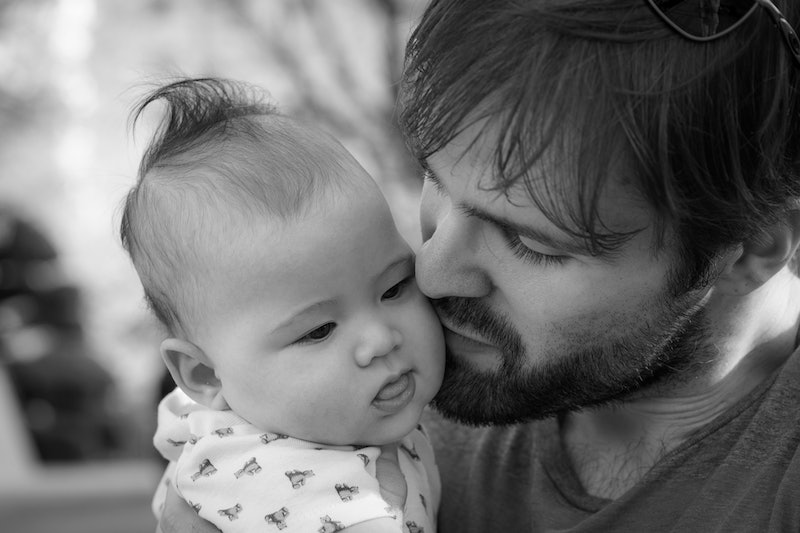 We can probably all agree that father's having the option to take paternity leave when their children are born is a good thing for everyone, right? The state of California certainly does — it's had a paid family leave policy on the books since 2004. This policy was recently studied by a team lead by Maya Rossin-Slater at the University of California Santa Barbara in order to see whether having it in place has changed the rates of people taking parental leave after having a new baby, and the results showed some good news and some bad news. The good news is that men are now 46 percent more likely to take paternity leave than they were before the law was instituted. But, as with most good things, it comes with a catch — fathers who had boys were 50 percent more likely to take paternity leave than those who had baby girls.

And there's more, too. When looking at only fathers in the sample who are married to working mothers, "these gender effects become even stronger," the authors of the report told Quartz. In these cases, men are even less likely to take paternity leave and "do not respond to the policy at all.” In terms of joint parental leave, new parents are 58 percent more likely to take it if their baby is a boy, but didn't increase the numbers at all for those with daughters.

What could be to blame for this disparity? The researchers offer several explanations, including people viewing parent's caring for their boys as being a more "productive" use of their time. They also suggested that fathers get more "utility" time when they're bonding with their sons over their daughters... whatever that means. I mean, viewing time spent with your baby based on "utility" and "productivity?" I'm guessing that these impulses are probably unconscious. Or at least, I hope they are.

As for the overall trends? Women were much more likely overall to take maternity leave in the first place; they made up about 70 percent of paid family leave claims in California in 2013. But although fathers still only made up 30 percent of those taking leave, the good news is that this is still a huge increase from the 19.6 percent of claims they made 10 years ago. Obviously tre are a lot of factors taht might have contributed to this increase, but the report also found that a major factor had to do with the makeup of the fathers' work environment: Fathers who chose to take paternity leave tended to work places with a high percentage of women eployees. The research team told Quartz that they think this is an effect of positive behavior modeling: If women are more likely to take parental leave, then the overall effect is more people in the work environment taking it over all — and as more people take it, the more acceptable it becomes to do so in the first place.

Of course, as is the case with any study, there are limitations to this one; it certainly isn't the be-all-end-all in paternity leave research. Firstly, this study only looked at the effects of the law implemented in California, so we can't necessarily assume that the results will hold true for the other 49 states in the country. Furthermore, the study was only able to examine fathers who lived in the same household as their children. So, we may just need to wait for more research before we understand the full effects of paid paternity leave polices.

Either way, though, it's kind of troubling to see that sexism seems to start at such a young age. All children are worth taking time off for if you have a good parental leave policy in place — not just one or the other.