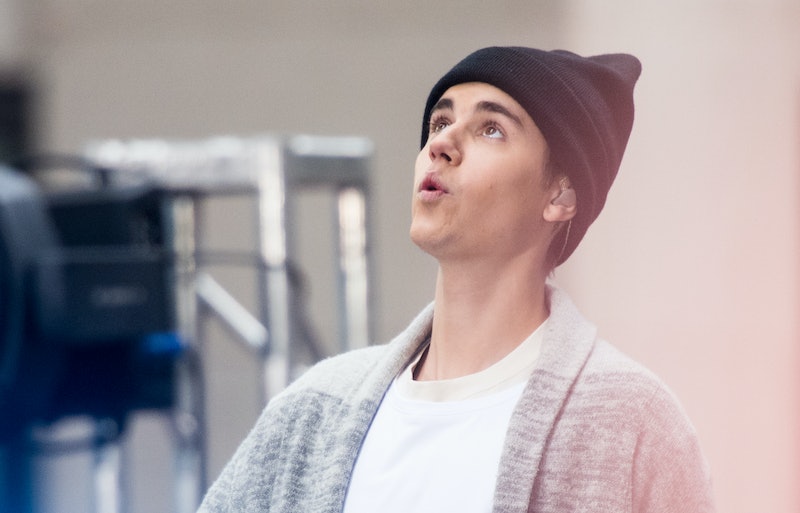 Justin Bieber has had quite a year. Not only did the 21-year-old singer manage to pull off a surprisingly successful image rehabilitation campaign, he also earned the first No. 1 single of his career with "What Do You Mean?" (His long-awaited fourth studio album, Purpose , topped the charts, as well.) He certainly has a lot to celebrate! But do you know what would make 2015 even better for the Biebs? A few Grammy nominations. Beliebers around the world want to know: Is Justin Bieber eligible for the 2016 Grammys? Yes, yes he is. So, when the 2016 Grammy nominations are revealed on Mon., Dec. 7, can fans expect to see his name? Hmm. That question is a little harder to answer.

The eligibility period for the 2016 Grammys is Oct. 1, 2014 through Sept. 30, 2015. Therefore, Bieber's collaboration with Skrillex and Diplo, "Where Are Ü Now," and "What Do You Mean?" are both eligible for nominations. (Purpose, however, wasn't released until Nov. 13, so it won't be eligible until the 2017 Grammys ceremony.) But it's not enough for songs to just be eligible for nominations — they must also be submitted for consideration in the various Grammy categories (Record of the Year, Song of the Year, etc.).

Yes! Unfortunately, artists' Grammy submissions aren't released to the public (which is frustrating), but here's my take on Bieber's 2016 chances: I think "Where Are Ü Now's" best shot at a nomination is in the Best Dance Recording category. It may also be able to snag a nod for Best Music Video. Sadly, I have a feeling the Record of the Year and Song of the Year fields are too competitive this year for it to break through.

As far as "What Do You Mean?" is concerned, I think the tune could potentially make the Record of the Year lineup. After all, it was a No. 1 hit! However, it likely faces stiff competition from other big No. 1s like Taylor Swift's "Blank Space," Mark Ronson's "Uptown Funk," The Weeknd's "Can't Feel My Face," and Wiz Khalifa's "See You Again."

So, is Bieber eligible for the 2016 Grammys? Absolutely. Does he have what it takes to actually land a few nominations? That remains to be seen. All will be revealed on Mon., Dec. 7. Stay tuned.