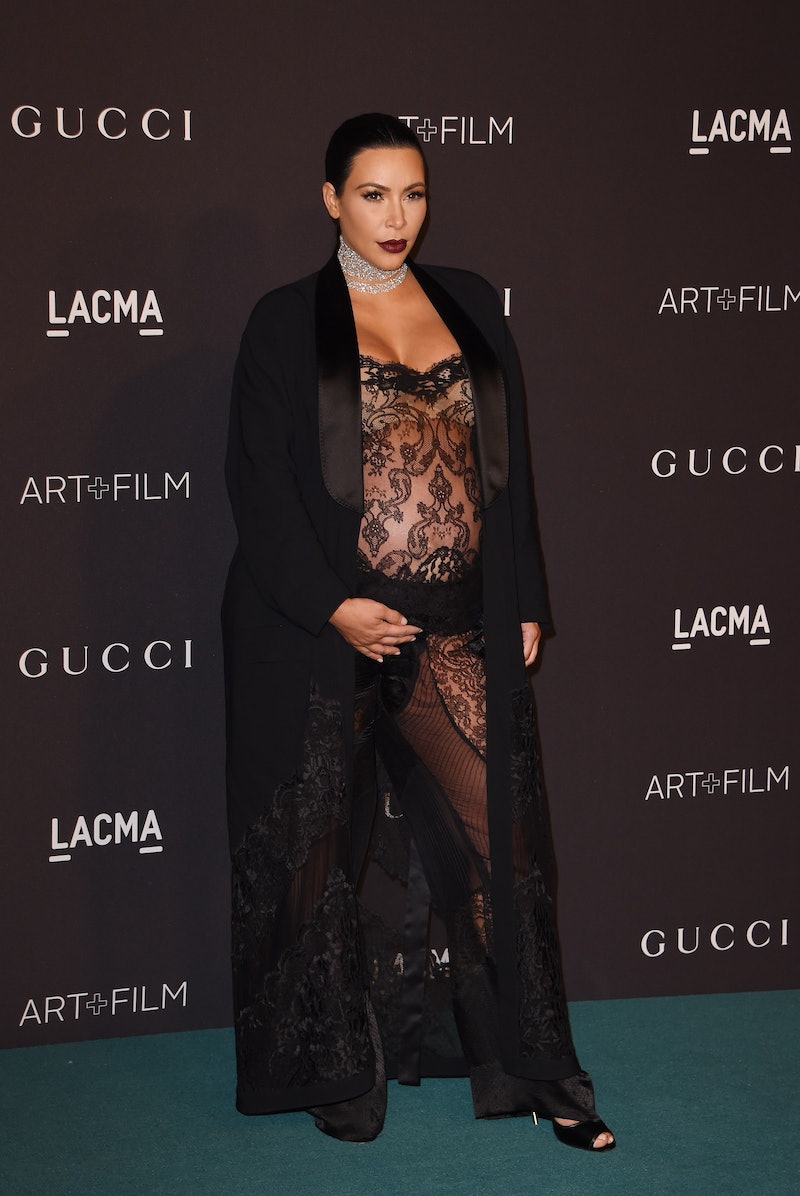 Most people can't wait to move out of their parents' house, but Kim Kardashian can't get enough. Remember that time she and Kanye West squatted with Kris while they were having a remodel done to the new house they'd just purchased? It's time for more renovations, and on Keeping Up With The Kardashians this week, even more renovations are happening, which means Kim and Kanye are back. But this time, Kris is tired of Kim crashing with her at her house, and her boundaries are way out of control.

And as someone who would love to have Kim Kardashian as a roommate, even I can safely say that she's overstaying her welcome with Kris. At first, it was just simple things, like ssh-ing Kris and her friends when they were being too loud while North was whining. Maybe a little rude, but totally understandable. Who wants to deal with a cranky toddler who just had her nap interrupted? But then, things got worse. Much worse.

Like, Kim held a private Pure Barre class in the entryway to Kris' house... without permission. And then that led to some serious trash talking between Kris and her friends. It's official: She's over having Kim back at home, 2000%.

So to restore a little peace, Kim decides to invite Kim out to eat to talk about the boundary issue, and Kim just doesn't get it. Even worse? Kris' BF, Corey Gamble, was in attendance too, and instead of taking Kris' side, he was totally Team Kim. When Kris complained that she and Kanye had taken over four bedrooms in their house and wanted another for the new baby, instead of backing Kris up, Corey suggested that Kim take one of the smaller ones instead. He's good at keeping the peace for sure, but maybe he should have stood behind Kris on this one.

Poor Kris. Hopefully, order and peace will be restored in her house soon. If not? Kim can move in with me, especially if she brings North and her new little one. I promise to be silent during nap time if I get to take as many selfies with her as I want.