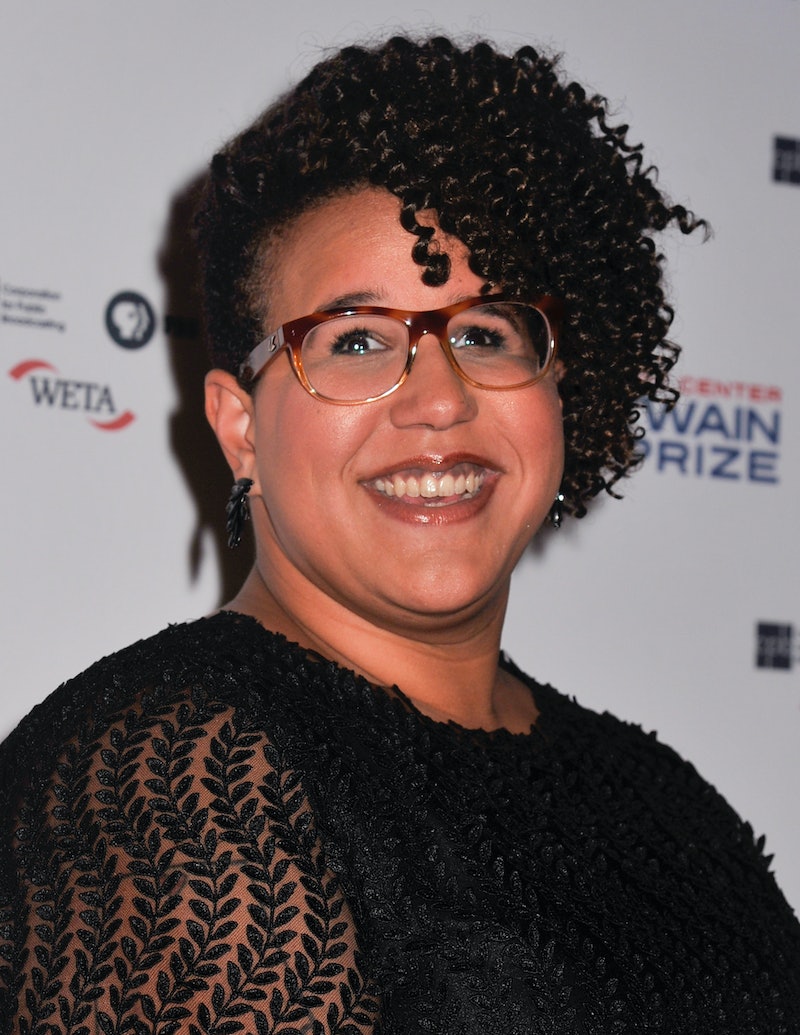 Unless you've totally been ignoring the rock music industry for the entirety of 2015, you have likely heard of Alabama Shakes' frontwoman Brittany Howard. If not, you're about to. The lead singer's band has garnered a grand total of five Grammy award nominations for the 2016 ceremony, including the much coveted Album Of The Year award.

As a plus size woman, Brittany Howard isn't the most expected candidate for fronting a Grammy-nominated rock band. But as soon as she opens her mouth and lets loose, the reason for the accolade is obvious. Howard's unadulterated vocal talent is unrivaled. And with the other Rock Song Of The Year nominees being made up of solely white, mostly thin artists, her contributions and presence at the Grammys should not just be recognized, but celebrated.

There's so much more to Howard than can be explained by physical descriptors. Her personality and talent are the true stars of the show. Through her work, we get so much more than just a representation for different kinds of people. We get an artist, a performer, a personality, and in my eyes, a genius.

Lucky for me, I managed to catch Alabama Shakes live at this year's Glastonbury festival, and the performance has stuck with me ever since. Even if you're not interested in rock music, here's a whole host of other reasons to support this band and this particular star during the 2016 Grammy Awards.

1. She's The Front Woman Of A Rock Band

How many successful plus size women do we get to see in any industry, let alone the music industry? Brittany Howard's body shape isn't one typical of rock 'n' roll, which makes the visibility she's gaining so much more special. Although we're starting to see different body types in music videos — like Drake's body positive "Hotline Bling" — Howard's body shape is still drastically underrepresented.

3. Her Take On Skin Color

It's hard not to love Howard's side project Thunderbitch for its name alone. The album, released this year, proves that Howard's vocals and songwriting abilities are totally versatile.

Brittany Howard turned down a contestant spot on The X Factor to instead focus on Alabama Shakes. The Independent reported that Howard's response to the offer was, "I have something going on now that I believe in and want to stick to." Her faith not just in herself, but in her band, is commendable considering she could've walked into a spot on one of the biggest music talent search shows in the world.

As much as her immediately recognizable vocals make Brittany Howard one of the most unique artists nominated for a Grammy award this year, her personal style makes me all the more excited to see her at the award show. Seriously, what is Howard going to wear to the event?

I've never seen an artist perform in the way that Brittany Howard does. It's not that she lacks self awareness; it's that she doesn't care. She throws herself — body, heart, and soul — into each performance of every song, and you can physically see how passionate she is about her art.

Supporting Howard means supporting all different kinds of women, and especially those who have been underrepresented in our media consumption.

9. She Encourages Young Girls To Do What They Want

And she acts like one. In the same interview with BET, Howard gave her audience some awe-inspiring advice: "If somebody really wants to do this — let's say it's a brown girl — if she really wants to do this, can't nobody tell them not to do it. Ain't nobody in this world can tell her, 'You can't do that' — because she wants to do it. She's gonna do it. Somebody could've said to me, 'You can't play rock music, you're Black.' Watch me! If they wanna play guitar, if they wanna play rock and roll, if that's really want they want to do, they're gonna do it."

So if you weren't already in love with Alabama Shakes or Brittany Howard, hopefully you now have plenty of reason to be. And when you're watching the Grammys next year, consider pointing out this star to your friends and family, so that her much-needed presence isn't just ignored in favor of yet another pop star who embodies every possible traditional standard of beauty.