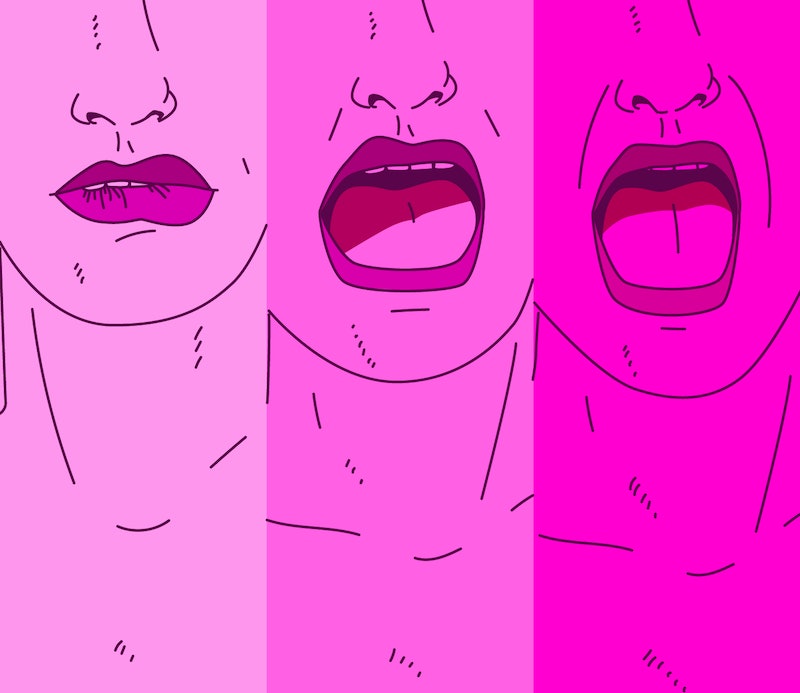 Apparently Ann Summers & co worked with medical experts to design this magical item, which is ergonomically designed to target the G-spot and has "clitoral arms" to, you know, lovingly embrace your clitoris. All of which aids in achieving "the heavenly third level of orgasm. It's the most intense and long-lasting part of the female orgasm and it gives complete satisfaction." Kate Hakala at The Nerve did some research on the "third level orgasm" so I didn't have to go to the trouble of doing so and then immediately erasing my browser history:

A cursory Google search shows me, accompanied by an illustration of a mandala, that the third level of orgasm involves much more fulfillment, cuddling, humming, and camaraderie than other levels. "You may find yourself moving into a dream state, then become talkative." If that's what the third level of orgasm really is, the Ultimate G sounds a lot like pot brownies. So hand it over.

That all sounds weird and lovely, so I say go for it — if you can get over the somewhat terrifying optics of this little gadget. Allison Davis at The Cut compared it to a sea anemone and a "sad work of public art outside some museum." I think it looks like an electric toothbrush (there are even weird...bristles), and when I showed a friend her immediate reply was "Oh Jesus!" Which is maybe the response this thing is hoping to elicit in the first place?