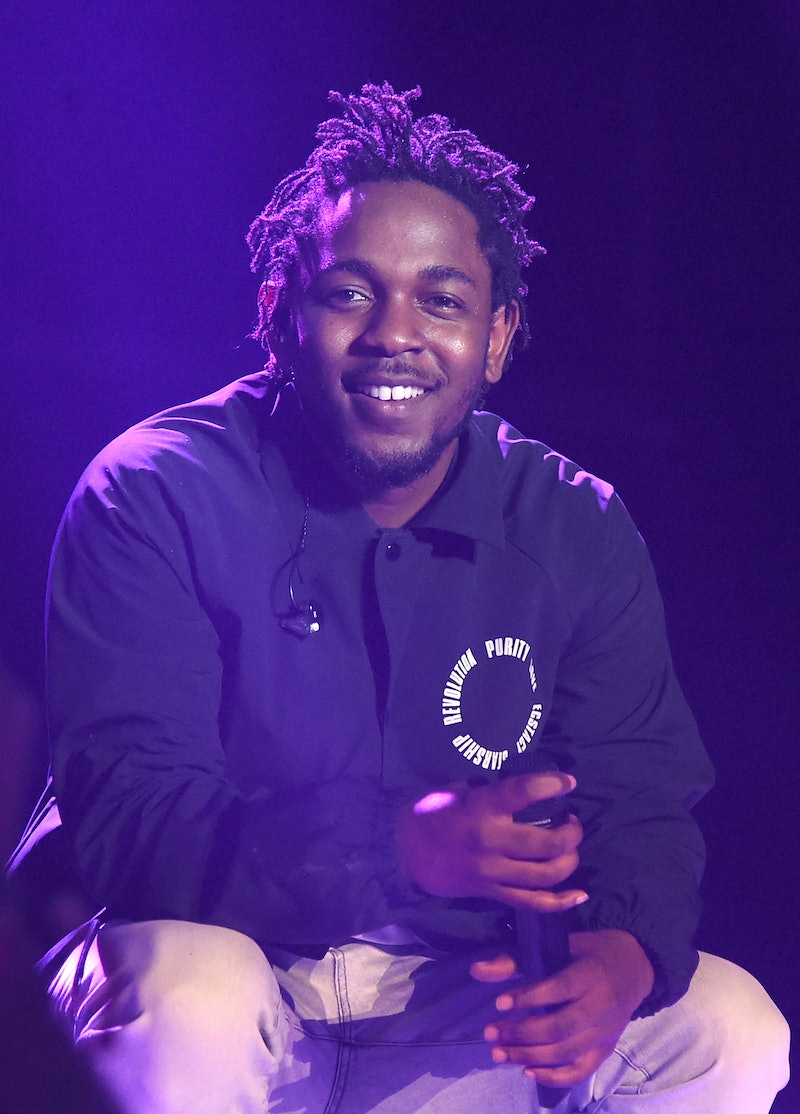 Many award show experts were predicting that Taylor Swift would dominate the upcoming 58th Annual Grammy Awards. After all, the 25-year-old star's blockbuster fifth studio album, 1989 , was finally eligible, and her songs ruled the Billboard charts (and the radio airwaves) in 2015. However, when the 2016 Grammy nominations were revealed on Monday morning, something surprising happened: Kendrick Lamar earned the most nods. Yes, the 28-year-old rapper scooped up a whopping 11 nominations in total, including notices for Album of the Year (for his third studio LP, To Pimp a Butterfly), and Song of the Year (for To Pimp a Butterfly's fourth single, "Alright").

Swift picked up seven nods — an impressive number, to be sure, but perhaps not quite as impressive as some were expecting. (It's interesting to note that Lamar and Swift share two nominations for their epic "Bad Blood" remix.) Suddenly, the narrative for the 2016 Grammys has shifted: Lamar might actually be the "star of the ceremony," not Swift. Considering the Grammys' well-documented diversity problem, this is an extremely welcome, important, and exciting development.

Lamar and Swift seem to have a lot of love and respect for each other, so I don't envision any "bad blood" developing between them following Monday's announcement (sorry, I couldn't resist). That being said, there's nothing wrong with a little friendly competition! Which artist will walk away with the most golden gramophones at the end of the night? Let's talk about it. Below is a summary of Lamar and Swift's respective nominations:

On the other hand, I could see Swift walking away with Album of the Year, Record of the Year, Song of the Year, Best Pop Duo/Group Performance, and Best Music Video. This would put her 2016 Grammy win total at five, as well. In other words... I think it's going to be really close. My gut is telling me that Lamar will come out on top, but it's a tough call. We'll just have to wait and see what happens.