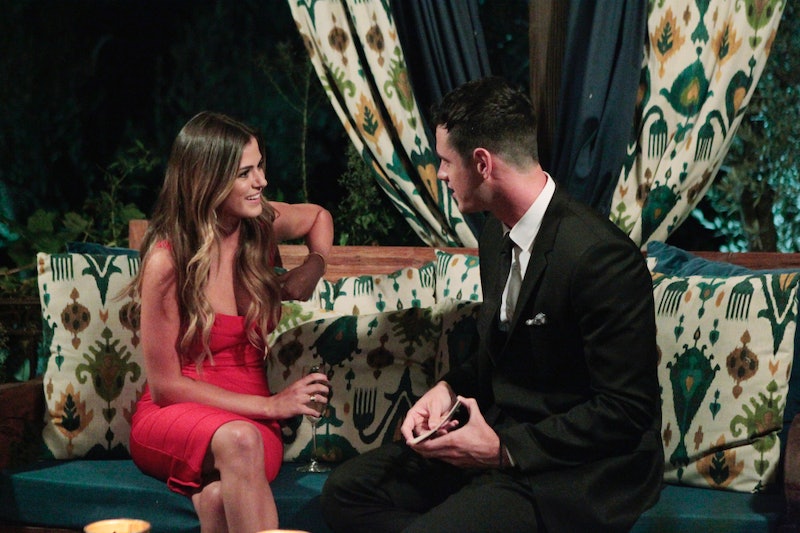 As an answer to our speculation last week, The Bachelor Season 20 contestants were released on December 7, and this group of women looks like everything we could have asked for and more. Ben Higgins, the adorable Denver-based software salesman who was rejected by Kaitlyn Bristowe last season on The Bachelorette, is a very lucky man, but is definitely bound to have a difficult time deciding which woman will be the standout in this promising group of contestants. In a Yahoo TV exclusive, longtime Bachelor host Chris Harrison provided some details about six of the ladies, which is getting us more and more excited for the January 4th, 2016, premiere, and for Bachelor contestant Joelle "Jo Jo" Fletcher who might make it all the way to hometowns if Harrison's info means anything.

In his little sneak peek, we got details about the lives of some of the contestants, including the show’s first set of twin sisters. We also got to know Jubilee Sharpe, who was once in the U.S. Army; Amanda Stanton, a mother to two young daughters; and Olivia Caridi, a 23-year-old news anchor from Texas. All of these women seem like incredible people, but one tidbit from Harrison caught my eye. In his description of her, Harrison claims that Ben "likes Jo Jo." That straightforward admission was followed by an even juicier detail, with Harrison saying that the two "hit it off immediately, and have chemistry." I think that an endorsement that strong must mean this girl makes it pretty far into the rounds, perhaps even until the formidable hometown visit stage. So, who exactly is this girl who captured Ben's heart?

She Owns Her Own Company

According to RealitySteve.com, Jo Jo means business. The 24-year-old from Dallas apparently owns her own real estate development company, named for her initials: JHF Reality Development. If that’s not impressive, I don’t know what is.

She’s No Stranger To Reality TV

WetPaint reports that Jo Jo’s family has already had some experience with televised dating. Joelle's step-brother, 34-year-old businessman Ben Patton, was was featured on Eva Longoria’s short-lived dating show, Ready for Love, in 2012.

She Has A Quirky Sense Of Humor

Chris Harrison is quick to highlight Jo Jo’s interesting approach to her initial meeting with Ben. “She was wearing a unicorn mask,” he says, in an interview with Yahoo! TV. “A joke on how guys think they’re going to meet a unicorn." Later Ben put the mask on and fun was had by all.

She might be an early favorite for "The Bachelorette."

There is broad speculation by sites like Wetpaint that if Jo Jo isn’t the one for Ben, she could be a contender for The Bachelorette. Some sleuthing uncovered the fact that Jo Jo has a wedding board on her Pinterest page. Wishful thinking, or careful planning? Guess we’ll have to tune in to find out!