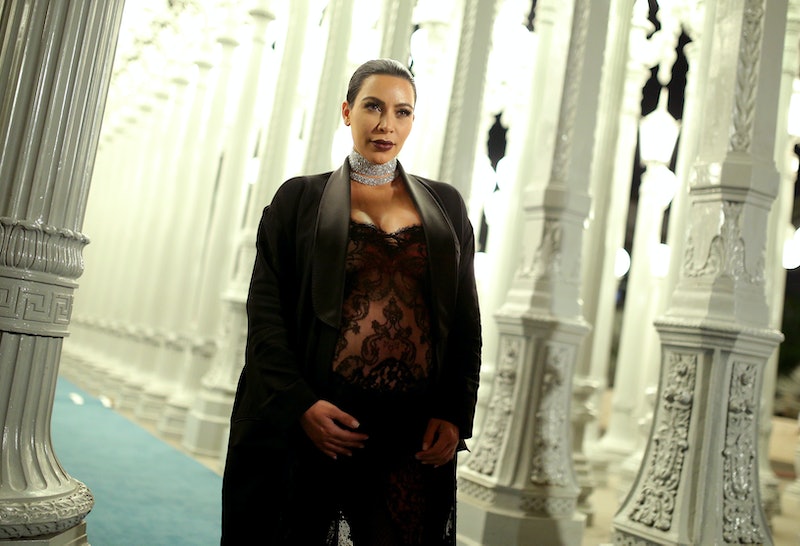 The moment has finally come. Kim Kardashian and Kanye West have named their new son. And somehow, they went with neither "Yeezus" nor "South" nor "Easton." What a world! The son of Kimye is named Saint West, which is both sooo them and a nod to Pete Wentz that I don't think they're finding out about until right now. Because this name is such a big reveal — name your kid "North," and people expect things from you — Saint West memes and jokes are already rolling in.

As you might've guessed, these have a lot to do with the obvious religious reference of the name, and also with the giant ego that you have to have to name your kid "Saint."

"Saint West" shot up to being the top Twitter trend almost immediately after the reveal. (I personally hope that Saint ends up becoming a well-adjusted human who uses his popularity on social media as a two-day-old as a fun tidbit in his high school yearbook.) And people were having a field day. It's really, really, strange when you think about all this being about A TWO-DAY-OLD CHILD.

Anyway, here are some of the many, many jokes and memes that have sprouted from two super-famous people giving their kid a name that fits in perfectly with their personal brands.

And I had to include this one, because it's fabulous story telling:

Welcome to the world, Saint!