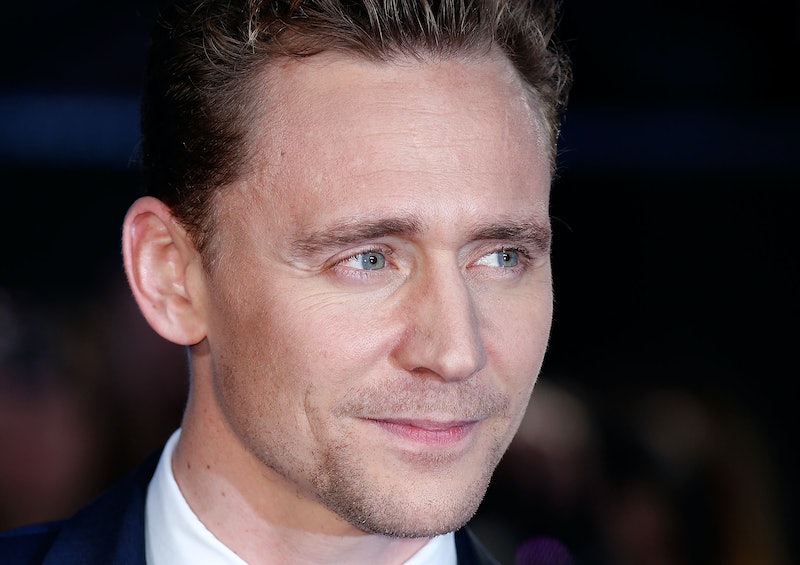 Tom Hiddleston fans, rejoice: you're about to see a whole lot more of your beloved British actor. Variety reports that Hiddleston's film High-Rise has been picked up by Magnolia Pictures' genre arm Magnet Releasing, which means that the Toronto Film Festival favorite will be distributed to theaters. (Can you say movie date?!) The film is set for release some time in 2016, so consider it your New Year's resolution to go see more Hiddleston.

High-Rise is about the "outbreak of class warfare" after a series of power outages rock a city block. If that sounds familiar, it's because the film is based on J.G. Ballard's 1975 sci-fi novel of the same name. Ballard's novel tells the story of a high-tech, futuristic building where residents have everything that they possibly need, which ultimately turns the complex into its own isolated society. When power outages ravage the high-rise, the residents escalate to violence and the differences in the classes are revealed.

Hiddleston plays Dr. Robert Laing in the film, a man who loves living in the bubble that is the apartment complex. Over time, he meets people that begin to show him just how messed up things are underneath the surface, like a documentary filmmaker (Luke Evans) who wants to expose corruption in the high-rise. Sienna Miller and Elisabeth Moss also star in the film.

Hiddleston most recently appeared in I Saw The Light, a film in which the Brit plays real-life American singer-songwriter Hank Williams, who eventually succumbs to alcoholism. That film tells Williams' life story, but High-Rise will go a different route: imagining what life could be like in a way that also comments on the reality of our current social situations.

Hiddleston fans should look forward to this new film, and with Magnet Releasing distributing it, every fan will have the chance to see Hiddleston in action.