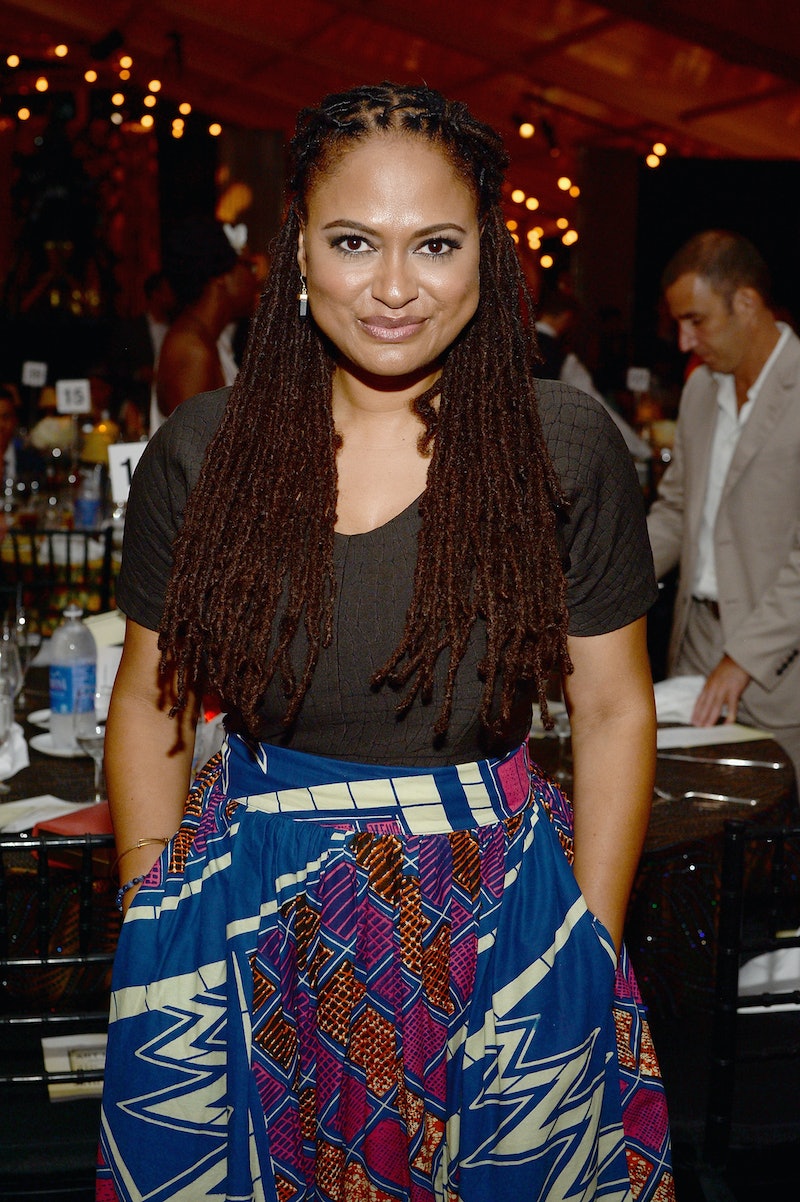 Barbie is celebrating female heroes with its latest line of "Shero" dolls, which turns six real-life women into the iconic toy. The dolls are a collaboration between Mattel and Vogue and were initially intended to be available in very limited release (we're talking one doll, auctioned off for charity), but, just in time for the holidays, the toymaker released its first Shero to the public, Selma director Ava DuVernay Barbie doll, for all to enjoy. The doll sold out in 17 minutes, and then when more were listed on Amazon, sold out again, something the auteur herself couldn't believe, tweeting, "Thx to all who celebrated black girls, women filmmakers, natural hair + a good tennis shoe via this doll." But it seems like this new collection, which also features dolls made in the likeness of actress Emmy Rossum, singer Trisha Yearwood, Broadway star Kristen Chenoweth, five-year-old fashion designer Sydney "Mayhem" Kaiser, and Lucky editor-in-chief Eva Chen, is missing a major opportunity to show they understand why so many believe Barbie has never been much of a shero herself: by being body positive.

Since the company has been trying to focus people's attention towards the feminist qualities the 56-year-old doll possesses, this move to make Barbies with more substance makes total sense. But let's take a look at their measurements, shall we? These are supposed to be dolls based on real life women, but these are not realistic proportions. It's something you think the company would have addressed, considering the fact that Barbie's unattainable waistline has been one of the biggest complaints about the doll. Yearwood, who hosts the cooking show Trisha's Souther Kitchen on Food Network, has been very open about her fluctuating weight and her yo-yo dieting, even telling Parade Magazine earlier this year that women need to give themselves a break when it comes to losing weight. So why is her doll's waistline the equivalent to 18 inches on a real woman, when the average woman's waist is 37.8 inches?

Even Kaiser's doll, which is smaller in proportions, is still completely off-base. She is a 5-year-old girl, but this doll's proportions are more like a tween's. (And a very skinny one at that.) Basing these dolls off of real life women with real life achievements is a great idea to show that women can be whoever they want to be: an actress, a singer, a designer, a journalist, a director. But these dolls merely celebrate them as people instead of also celebrating their likenesses. In the end, these dolls don't look like the women they're celebrating; they look a lot more like the average Barbie you could find on any shelf.

Do you really think that, in a lineup of other blonde Barbie dolls, you'd be able to pick out Chenoweth's doll specifically? Well, if this was real life, you would be able to — and quite easily — since Chenoweth is just under five feet tall. Her doll, however, is an Amazon woman who appears to be the same height as all the other four dolls. Rossum is 5'8," and that's without heels, which her doll is very much wearing.

While Mattel did look to celebrate all of these women's personal style, it doesn't seem like they tried very hard to celebrate these women's specific measurements and proportions. How is this doll showing Chenoweth or Yearwood for who they really are when it's embellishing their physical attributes? If anything, this sends the message that only one kind of body type is beautiful. Or, worse, that all women should look this one specific way — which seems to completely go against the idea of these dolls in the first place. A female hero should be an individual, celebrated for who she is in every way, including her physical being. It would have been nice to see that reflected in the Shero dolls, too.