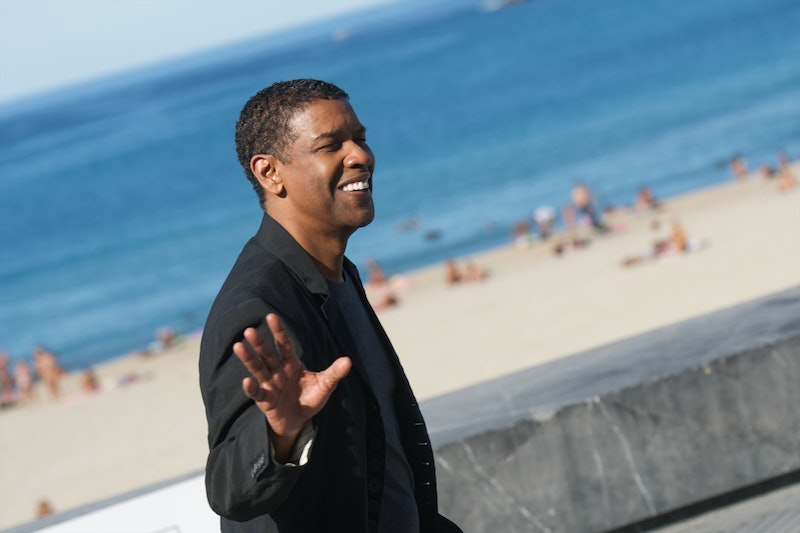 While everyone is chattering about the surprises, upsets, and snubs from the 2016 Golden Globe nominations, let's not forget one honorary award that needs no speculation due to the fact that its recipient has already been announced. On behalf of the Hollywood Foreign Press Association (HFPA), the Golden Globes annually presents one individual with the Cecil B. DeMille Award. The recipient of the 2015 award was actor George Clooney. And this year, the recipient of the Cecil B. DeMille Award is Denzel Washington.

Named after the "father" of the Hollywood film industry, DeMille was a filmmaker known for his famous works such as Samson and Delilah (1949), The Greatest Show on Earth (1952) and The Ten Commandments (1956). He was the first recipient of the honor in 1952. The Cecil B. DeMille Award sets out to recognize "outstanding contributions to the world of entertainment." Notable winners of the award include Walt Disney, Morgan Freeman, Jodie Foster, Robert De Niro, Alfred Hitchcock, and Barbra Streisand, just to name a few. “Washington’s long and storied career is earmarked by his countless roles in front and behind the camera,” said Lorenzo Soria, president of the HFPA in a statement about Washington, 60, receiving the honor. Let's look at the top 10 movies that prove Washington has earned it.

In probably one of his most famous roles of all time, Washington portrayed the titular activist in this highly acclaimed film and was nominated for an Academy Award, but unfortunately lost to Al Pacino (Scent of a Woman).

Here, Washington was breathtaking as he was terrifying as villain Detective Alonzo Harris. As a result, he won the Academy Award for Best Actor.

A personal favorite, Washington really shone as Herman Boone, the coach of a football team who he works to unite despite racial tensions.

Another personal favorite, Washington once again rocked it on screen opposite of Russell Crowe in this engrossing, intelligent crime movie biopic.

If you haven't seen this political maritime flick, you'll definitely need to put it on your must-watch list. Here, Washington is a headstrong executive officer of a U.S. nuclear missile submarine and things only get more intense from there.

It only makes sense that an actor as esteemed as Washington was a part of the cast for one of the first mainstream movies to tackle the topics of HIV/AIDS, homosexuality, and homophobia. Washington is Joe Miller, a lawyer who comes to grips with his own homophobia in order to defend his client.

If there's one film genre Washington excels at, it's definitely the crime thriller and this film isn't any exception.

We may all be thrilled over Creed, but before Creed there was The Hurricane, Washington's obligatory (and awesome) biographical boxing flick.

These are only 10 out of Washington's several fantastic films (and picking just 10 was extremely hard). The actor has quite the successful legacy and having that honored is most certainly due. And I can't wait to watch him get his award; I have a feeling Washington's acceptance speech is bound to be something historic.