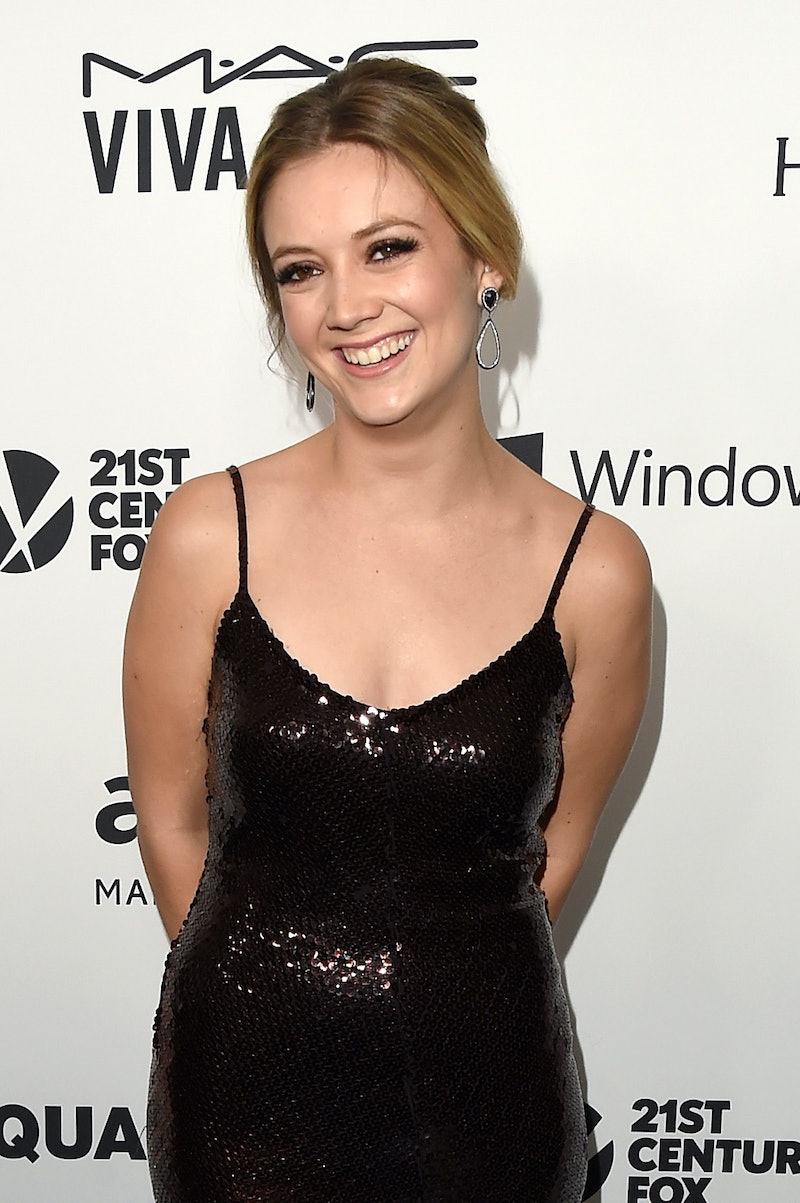 Star Wars fans may need to sit down for a moment and contain their emotions before they look at this new picture from Star Wars: The Force Awakens . The promotional game for the upcoming film has been on fleek, although, quite honestly, they could have just said, "Hey, new Star Wars movie!," and everyone would have lined up for weeks to get their ticket. We've seen much of the cast (well, the main ones, anyway) all dressed up and ready to save the galaxy, but now we've got a brand new shot that will give you so many feels. The first photo of Billie Lourd in Star Wars might not seem very telling to casual fans of the film, but even the most casual fan should know that Billie Lourd — currently famous for starring in Scream Queens — is Carrie Fisher's daughter. You know, Princess-now-General Leia? So, really, this picture is going to tug at your heart strings, because of how much Lourd resembles a young Leia.

The makeup department was pulling no punches here, dolling Lourd up like Leia straight down (up?) to the iconic hair. Her role in Star Wars: The Force Awakens has yet to be announced, but can we take this promotional photo as an indication that Lourd could be playing a teenage Leia? The actress has claimed in the past that she's, at least, not playing Leia's daughter, but that doesn't exactly get rid of the possibility that we'll be diving into more of Leia's past via flashbacks, and that Lourd will, thus, be portraying a young Leia before she grew into the hero that we've all come to know and love.

I mean, seriously, the resemblance is uncanny.

Which isn't much of a surprise considering they're mother and daughter, but I'm glad that the costume and makeup department aren't going to miss out on this opportunity to use this connection to its fullest extent in the new film. I mean, Lourd playing a young Leia will mean that we won't get the chance to make use of Lourd and Fisher's natural stage chemistry for scenes together, but I'm willing to let go of that to see flashback to Leia's childhood. Now that she's a General, she might be more introspective than before and, with J. J. Abrams making it a point to make this the most feminist Star Wars film in the entire franchise, deepening our understanding of Leia seems to go hand-in-hand with that mission.

Even if this photo was just a tease to remind us of Lourd's famous connection to the movie, I'm still all right with that because she looks amazing. The nostalgia feels are going to crush me long before this movie ever comes out, I swear.