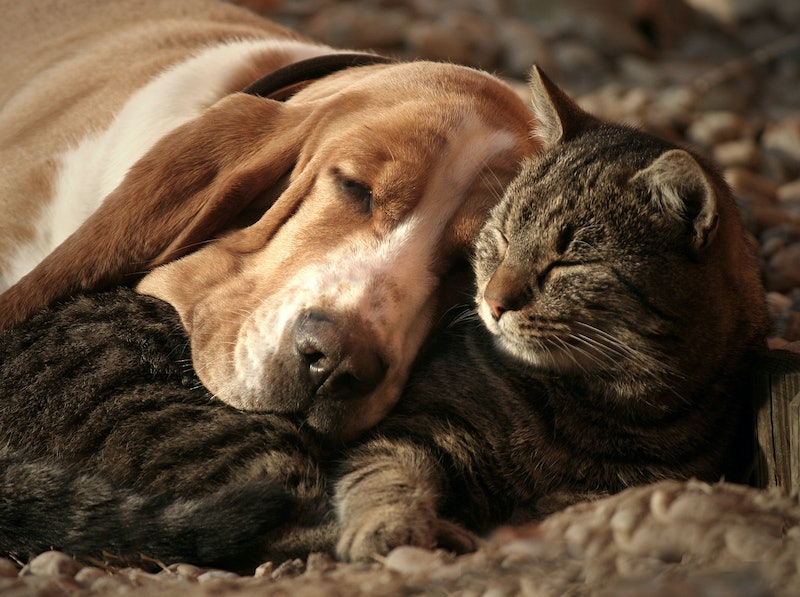 I’m going to go out on a limb here and ask something in the hopes that just one other person out there on the Interwebz will (silently) agree: “Why can’t I live in a world where casual cuddling is a thing?”

Because if Millennials (and I assume Gen-Xers) know anything, it’s that cuddling is an act more controversial, more loaded with pitfalls and suggestion, than sex.

Both my male and female friends have such strong opinions, such anxiety, around when it becomes acceptable to cuddle with a romantic flame. Ladies, attempt it too soon and you’re being needy. Guys, snuggle up too fast and your partner will think you’re just looking for a nurturer with a warm body. I’ve had straight and gay friends alike complain that their recent OKCupid date ruined everything with a single “I want to cuddle” text. Admittedly, receiving that text would be slightly creepy, but such tales always leave me outwardly saying, “Pshh, yea, sounds psycho, brah” while inwardly wondering why cuddling had to go and get so complicated.

Before you suggest that my preoccupation with casual cuddling is merely my sorry, single self wanting to be in a relationship, let me state that I am actually not looking to switch my Facebook status to <3 anytime soon. Rather, I’m saddened that the cuddle, in my experience, seems to have become divorced from hooking up because of all the emotions and feelings implied.

There are various stages of the Kama Sutra and they’re all important. Hopefully your hookup isn’t skipping out on the foreplay (unless of course, that’s your thing). But it’s par for the casual-sex course to pass on the post-coital canoodling because of what it means.

As far as I’m concerned, cuddling doesn’t have to mean anything except that sometimes it just feels physically and psychically good. Like sex, it can fulfill a need that isn’t necessarily about commitment or soul mates, but about appreciating human closeness in the moment that it’s happening. Can’t a girl or guy enjoy a few snuggly minutes without it meaning they want to stand outside your window with a boom box ala Lloyd Dobler and move in the next day?

It’s funny to watch our generation approach cuddling the way Western–notably Christian–society has historically thought about sex: Only with the right person. I have friends who won’t pat their current hookups on the back but will have a couple glasses of wine and snuggle up to platonic exs so they can get their cuddle kicks in secret shame.

To me, the risks involved with grabbing someone’s hand or rolling a little closer when they’ve made you very happy just don’t compute. So, like the living definition of insanity, I will attempt these things every time they feel right, searching for that imaginary world where casual cuddling is indeed a thing. Now, let the comment section flood with recommendations for body pillows and GIFs of James Franco and Kumiko. I stand by my word.