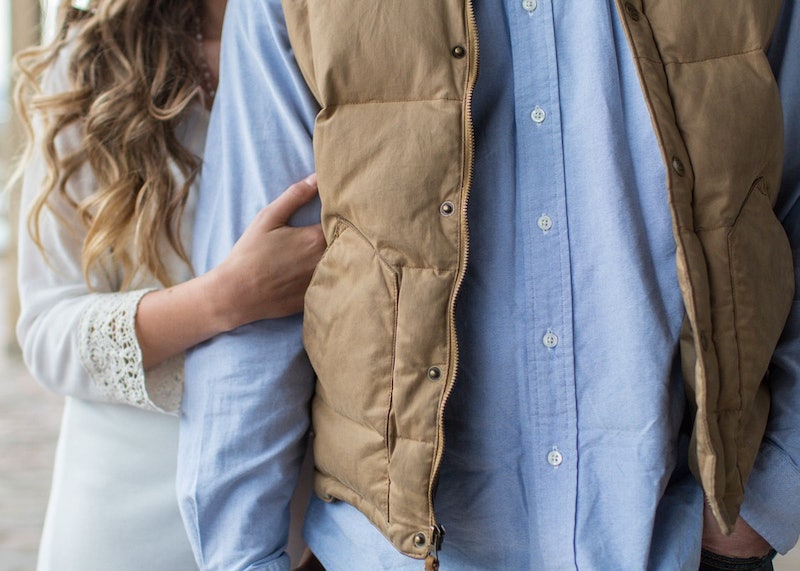 Somewhere in between throwing plates at the wall and curling up into a ball of tears lies the promised land of healthy conflict resolution. All relationships have conflict, but not all people have the conflict resolution skills necessary to have productive disagreements. What's worse, we use our phones to communicate in ways that can be confusing and disrespectful. Because texts let us say things we could never say to another person's face, and without body language to help convey our real meaning.

In my former life as a Domestic Violence Victim Advocate and Certified Planned Parenthood Responsible Sexuality Educator, I spent countless hours teaching conflict resolution skills. What's more, I've gone from being a person who would rather lick a train station bathroom floor than deal with conflict, to a person who handles it with grace (mostly). So you're in good hands, but also, I've been there. Wherever you are.

These tips won't only make for kinder, gentler disagreements, but they'll make for more productive ones. You know, the kind where problems get solved, feelings get shared, and people learn things that they need to know about each other. Plus, they'll probably get you to the make-up sex quicker.

1. Bring It Down A Notch

Take a deep breath. Go for a walk. Vent to your bestie. Do whatever it takes to get yourself to a calm place where you can talk about the issue without being mean. While you're on this journey toward your calm emotional center, remember that you love your partner and that you want to have the kind of loving, respectful relationship where no one cuts anyone or says things they can never take back. It's OK if this takes you an hour or a week. Give your partner this space, as well.

Why are you mad? Why is your partner mad? Even if you disagree, is there even a tiny shred of you that can see where your partner is coming from? A little empathy will go a long way during a conflict. If you can't see your partner's side, ask for an explanations. Get help seeing the other perspective, and offer help understanding your side. In the long run, it's far more satisfying to be understood than to be right.

You give a little. Your partner gives a little. That's the way it goes. Sometimes you have to do some creative thinking. For example, if you look at the problem from all sides, you may have an aha moment where you realize that it isn't that you have to have pizza, but just that you didn't want tacos. And then you can compromise on pasta, and everyone wins. Sometimes you have to make sacrifices to get to a reasonable solution, and so does your partner. That sucks. Maturity sucks sometimes. But it's not just about you anymore.

A very useful way to avoid blaming and to feel understood is to use "I" statements. That means instead of saying "You always blow me off for your stupid friends" you say "I feel hurt and disappointed when you cancel our plans. I would really like to spend more time together." Instead of saying "When you get that attitude, I want to punch you in the throat" you say "I feel like you don't respect me and you think I'm stupid when you talk to me like that, and it makes me sad and angry." This is a skill that takes practice, but it really works. It gets more to the core of what's happening and makes your partner less defensive.

Arguments and disagreements should not ever be about blaming, shaming, criticizing, or punishing each other. Those are totally the most satisfying parts, sometimes, but they do way more harm than good. You can't act like the victim and make your partner do cartwheels for your forgiveness. You can't name call, you can't make accusations, and you can't be a bully. At least, not if you're trying be a mature conflict resolver. What you can do is talk things out in a kind way, like someone who wants to actually resolve a problem instead of just win an argument.

Part of being in a healthy relationship with healthy conflict management skills is gaining the ability to forgive, to let things go, and to move on. If something's really bothering you, or if your feelings change about the situation, by all means, have a conversation about it. What you should avoid is bringing it up in the future to hurt, shame, or aggravate your partner. Make a pact that once you both agree that an argument is resolved, you won't bring it up again in a negative way. Especially next time you disagree.

It seems so much more exciting to fire off that perfect comeback or destroy someone who has wronged you, but when you truly love someone, respectfully solving even the worst problems makes you feel even better.