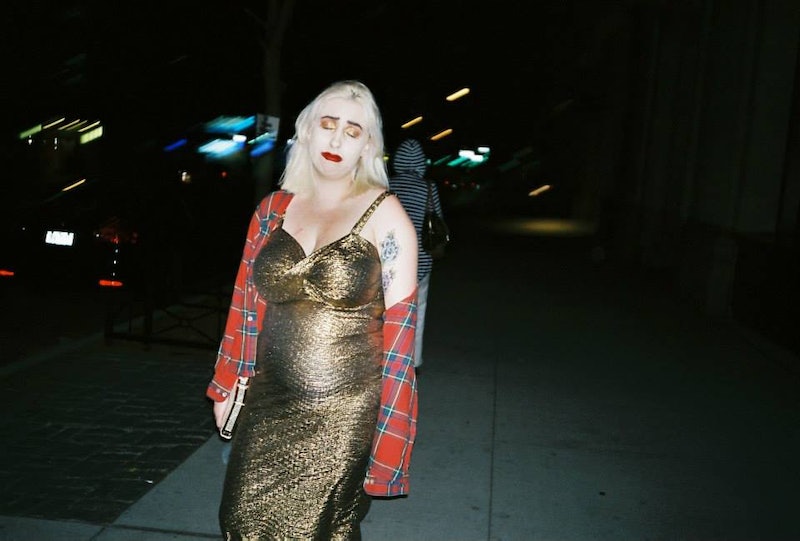 When you wear a lot of makeup — especially when you're younger — people often feel the need to comment on it, for whatever reason. Some men will tell you that you don't need "all that." Some women might think they're superior to you because their hobbies lie in Doctor Who and they've watched one too many films in which the nerdy girl always gets the guy because the girl wearing makeup is a huge jerk. Regardless of however many ways you can explain that you're actually not an insecure wreck and that makeup is just a fun form of expressing yourself, some folks will just never get it.

Until, of course, you grace them with a marvelous list of reasons not to shame women who wear loads of makeup. I'm kidding, of course. When people have a set opinion on something, it's usually pretty hard to change their minds. Incorporating these ideas into your arguments may help make your points seem more valid. But ultimately, if someone is rude enough to comment on your makeup negatively, you don't need them in your life. (Unless they're your mom, because that's kind of just what moms do.)

At the end of the day, I hope you have enough self confidence to wear as much makeup as you want, whenever you want, and not care about anybody else's opinion on it. But if you love a good argument like I do, have these ready to throw in those makeup-less faces that judge yours.

1. It's None Of Your Business

If someone ever comments on something that has no relevance to them, be sure to let them know. If it's not their personal issue, they don't need to inflict their opinion on you.

This street goes both ways. Ask the person to think about how annoying it can be when someone comments on their appearance, and tap into that empathy rather than giving an unwanted or unnecessary opinion in return.

Commenting on a woman's appearance can belittle that woman, placing the focus solely on her appearance and making her feel that the aesthetic is all she's worth. Most of us should be able to agree that no matter how someone presents themselves or their look, the only thing that truly matters is personality.

4. They Don't Need Your Opinion

Because as much as you might think your opinion is the be all and end all of the world, why should somebody else care? Especially when they quite clearly have an opposing view to you, as represented by their carefully blended three eyeshadow colors.

5. It Makes People Doubt Themselves

If you negatively comment on somebody else's appearance in any capacity, it's likely going to negatively affect them regardless of whether your intention was somehow a noble one. Just leave people to their own devices.

6. Everyone Should Get To Do Their Own Thing

You know the drill. If you can't say anything nice, don't say anything at all. Most of us would hate it if someone was equally as critical about our appearances, after all.

7. It Undermines The Artistry

8. You Don't Know Their Reasons For Wearing It

As much as I'd like to believe everyone only wears makeup as self expression, makeup can also sometimes be used as a barrier against the world or against someone's own insecurities. By questioning them about it, you might make an already insecure person feel a whole lot worse.

9. They Look Great Regardless!

I'm 100 percent sure that whoever's wearing a load of makeup is beautiful, regardless of anyone else's stance on makeup. And their beauty will be able to shine through any amount of concealer.

So basically, your teacher was totally right when she told you to do unto others as you would have them do unto you. If you wouldn't like to hear the thing you're about to say to someone directed at you, consider not saying it at all. Makeup is personal, and even if you hate it, that doesn't mean everyone else should feel the same.

More like this
M.A.C. Is Launching An ’80s-Chic Stranger Things Makeup Collection
By Olivia Rose Ferreiro
Madelaine Petsch's Beauty Routine Is All About Carving Out "Me-Time"
By Olivia Rose Ferreiro
Alicia Keys Just Launched The Dreamiest Skin Care-Makeup Hybrids
By Rachel Lapidos
10 Talc-Free Makeup Brands For Safer Eyeshadows, Powders, & More
By Audrey Noble
Get Even More From Bustle — Sign Up For The Newsletter