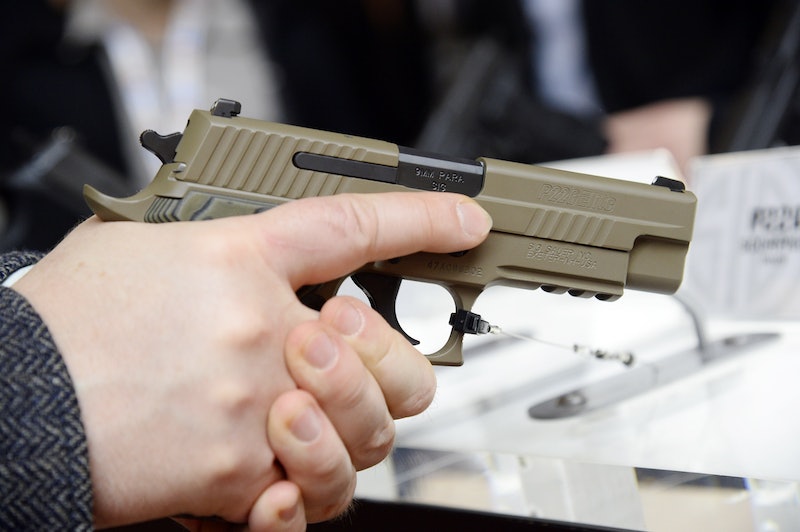 In the month since the last Republican debate, the country and the world has seen more tragedies than anyone should witness in a lifetime. Since the fourth GOP debate on Nov. 10, Paris endured its worst terrorist attack in history, a lone gunman opened fire and killed three people at a Planned Parenthood in Colorado Springs, and two gunmen shot and killed 14 people at a health center in San Bernardino, California. And those are only the well-known incidents. As the fifth Republican debate approaches, the country has never been more on edge over gun violence. After completing four debates without touching on the subject, the candidates must address guns in the next GOP debate because it is by far the most pressing issue of our time.

If you went to sleep after the last debate and didn't wake up until the next one, you'd be waking up to a pretty different world. Three days after the last Republican debate in Milwaukee, multiple terrorists coordinated a series of attacks throughout Paris using Kalashnikov assault rifles and explosives, killing 130 and injuring more than 350. The next day, ISIS claimed responsibility for the attacks.

Two weeks later, suspect Robert Lewis Dear walked into a Planned Parenthood clinic in Colorado Springs, shooting and killing one police officer and two civilians and injuring nine others with a semiautomatic rifle. After his arrest, Dear expressed extreme right-wing and anti-abortion views, which are widely believed to be his motive.

Then, just days later, on Dec. 2, Syed Rizwan Farook and Tashfeen Malik opened fire on a holiday party at the Inland Regional Center in San Bernardino, killing 14 people and injuring 21 with semiautomatic rifles and pistols. The FBI later determined that Farook and Malik had been homegrown extremists inspired by international terrorist groups like ISIS.

These are three very different attacks, with very different circumstances and contexts, but they all have one thing in common: the perpetrators possessed guns that they then used to kill others. And while the Paris attacks do not reflect the state of gun control in the U.S., and therefore cannot be directly linked to the debate here, it should certainly influence it. Just days after ISIS claimed responsibility for the attacks in Paris, the terror group released a video warning the U.S. of a similar attack in New York City.

Whether or not the video should be taken seriously, what should be taken seriously is the fact that certain individuals on terrorist watch lists are still able to purchase guns in America, and conservatives want to keep it that way. The day before ISIS released the video targeting New York, the NRA and House Republicans voted to blocked a bill that would have prevented suspected terrorists on the government's no-fly list to legally purchase firearms. It's as if they watched the horrific events unfold in Paris from an alternate universe shielded from gun violence and extremism.

But both issues are major threats to American safety. And that is why, during the next Republican debate next Tuesday, CNN's moderators need — desperately so — to ask about this legislation decision as a jumping-off point into a larger discussion on guns, gun violence, gun rights, and gun control. All of it. The candidates have skirted around the issue long enough. After two prominent mass shootings on U.S. soil in the last month — and 351 more this year — it's time to confront it.