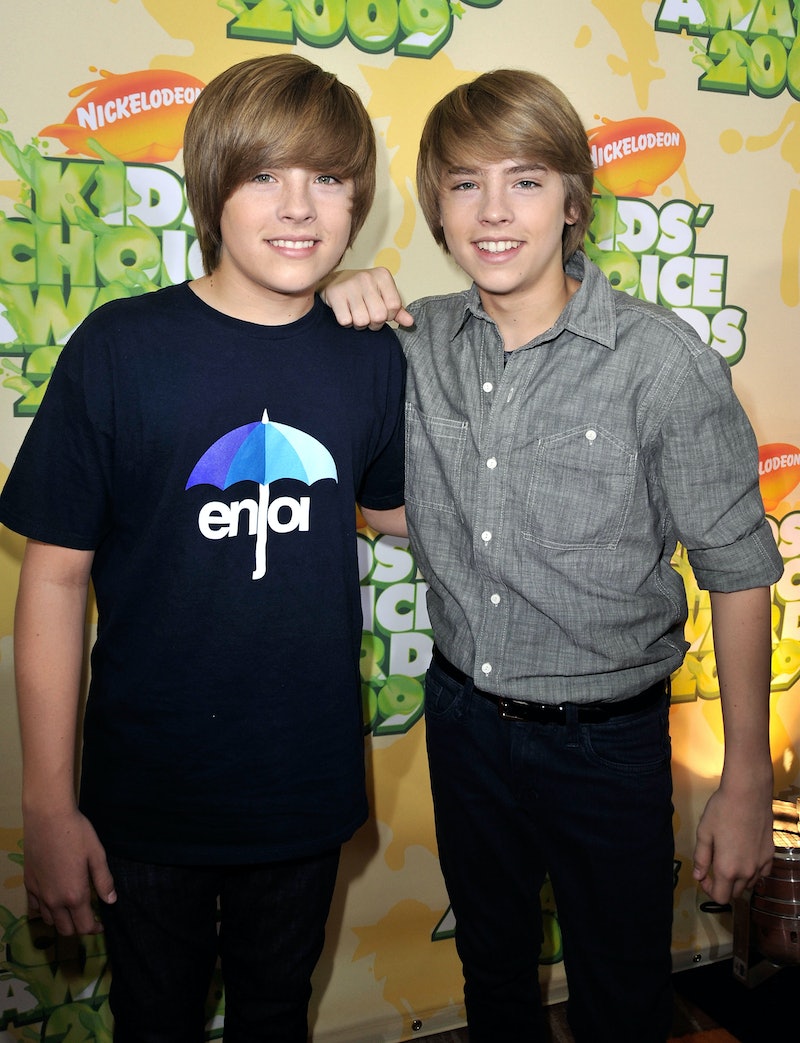 Before the days of IMDb, think about how many years we just casually walked around, just assuming such-and-such character from our favorite movie or TV show was played by this-actor-who-totally-looks-like-him-I-swear. (Unless you wanted to pause during the ending credits, of course, but who actually did that?) It's safe to say that we just lived our lives in ignorance, blissfully unaware that the characters we thought were portrayed by this actor or that actor were actually played by someone entirely different. The horror!

It's something I never really thought about until recently, when my friend and I discovered that one of our favorite characters from the Austin Powers franchise was, in fact, not portrayed by either of the actors we were absolutely convinced that she was.

Of course, pondering about pop culture the way I do made me wonder: Just how many of my other favorite characters out there were actually portrayed by someone entirely different than I originally thought? As it turns out, I'm not the only one with this kind of character/actor confusion. People all across the Internet have been mixing up people for years. So, without further interruption, check out 11 actors who did not actually play your favorite characters on the big screen — and those who actually did.

Sure, the Sprouse twins had their fair share of '90s roles (they both portrayed Ross' son Ben on Friends and the kid in Big Daddy) before hitting it big with the Disney Channel tweens in The Suite Life of Zack and Cody. One thing they didn't do, however, is play Nicky & Alex on Full House — that set of mop-topped blonde twins were portrayed by Dylan and Blake Tuomy-Wilhoit, no matter how many people on Yahoo! Answers think otherwise.

2. Lily Tomlin Did Not Play Frau Farbissina In Austin Powers

Despite the fact that I lived a solid decade of my life under the impression that Lily Tomlin (pictured above) was Dr. Evil's henchwoman Frau Farbissina ("Lower the globe!"), that would actually be actress Mindy Sterling. (Lily Tomlin was the voice of Ms. Frizzle on the Magic School Bus though, so really, all is forgiven here.)

3. Javier Bardem Did Not Play The Dad On Supernatural

It is well known throughout Hollywood that Javier Bardem and Jeffrey Dean Morgan are basically twins separated at birth, so as any Supernatural superfan knows, the role of the Winchester dad was actually played by Jeffrey Dean Morgan — not the Spanish actor.

4. Jeremy Piven Did Not Play Monica's Boyfriend Pete on Friends

C'mon, I couldn't have been the only one who thought that UFC hopeful Pete was portrayed by Jeremy Piven. (In reality he was actually played by Jon Favreau — and you can watch him as Pete in the clip below.)

These guys look crazy similar (Kerr Smith is pictured on top; Taylor Kinney is on the bottom) but it's the one and only Kinney (Lady Gaga's fiancé!) who stars in Chicago Fire.

6. Alan Thicke Did Not Play The Dad On Step By Step

Alan Thicke (above) was the Seaver family patriarch on Growing Pains, but it was Patrick Duffy who played Frank Lambert on Step by Step. But hey, you can't blame people for mixing them up — dudes are practically identical (and both played fathers on similar '90s sitcoms).

7. Crazy Pete From Now and Then & Old Man Marley From Home Alone Were Not Played By The Same Actor

There is no denying that these characters were definitely similar (old men with white beards originally deemed "crazy" but actually sweet and totally not scary in the end), but Crazy Pete (pictured above) was played by Walter Sparrow and Old Man Marley (as shown below) was played by Roberts Blossom.

8. Sean Bean Did Not Play The Dad On Grounded For Life

The Lord of the Rings actor (above) looks super similar to Donal Logue, but it was the fiercely redheaded actor (below, with his TV daughter) who actually portrayed Mr. Finnerty on the Fox sitcom.

9. Jay From Clerks Did Not Play Jay in Hocus Pocus

They might share the same flowing blonde locks, low IQ points, and name, but Jay (as in Jay and Silent Bob) is not the same Jay from Hocus Pocus — you know, the one who bullied Max Dennison. Jay of Jay and Silent Bob fame was portrayed by Jason Mewes (in character above), whereas the Hocus Pocus bully was played by Tobias Jelineck.

10. Neil Patrick Harris Did Not Star As Francis On Malcolm in the Middle

NPH and Christopher Masterson are frequently on those "this celeb totally looks like this celeb!" lists, and for good reason: Not only do they share the same piercing blue eyes, blonde hair, and strong jawlines, their facial structure is crazy similar. However, it was not Neil Patrick Harris (above, duh) who played the oldest bro on Malcolm in the Middle — that honor belonged to Christopher Masterson, who is real-life brothers with Danny Masterson (Hyde from That '70s Show).

11. Brendan Fletcher (Larry From Air Bud) Did Not Play Designated Dave In Drive Me Crazy

Teenage Brendan Fletcher (who played Josh Framm's friend Larry in Air Bud) looked super similar like Mark Webber, who portrayed Designated Dave in Drive Me Crazy. Since Air Bud came out in 1997 and Drive Me Crazy in '99, it would stand to reason that the kid who played Larry (pictured above) would grow up to become Designated Dave, just because they look so much alike. Only too bad '90s me was wrong about this one, which I later discovered thanks to the powers of the Internet.

So remember, next time you're convinced that your favorite character is played by a certain actor, you may just want to double-check that information — and use it for your next trivia night.