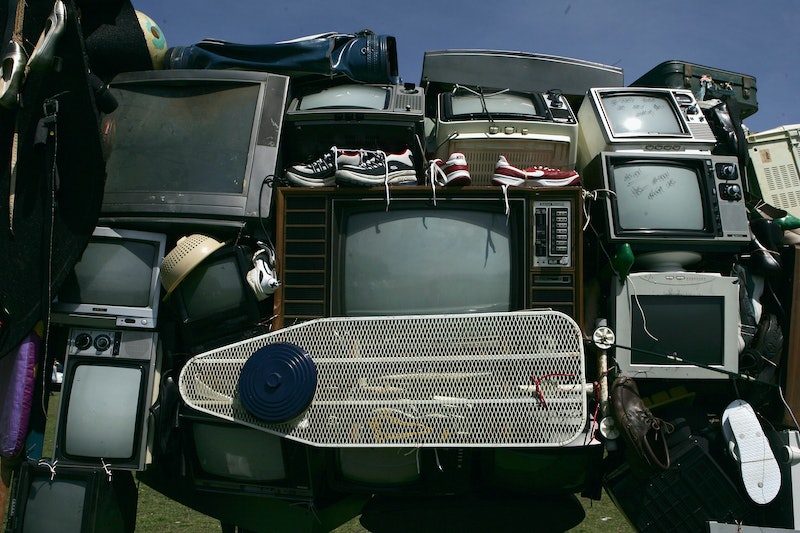 The third Democratic presidential debate is coming up, and if you're anything like me (and a good chunk of millennials), you probably ditched your cable a long time ago in favor of some more affordable Netflix binges. But luckily, that doesn't mean you have to go on uninformed. Here's a breakdown of all your options for watching the Democratic debate.

ABC News is already accounting for people who will be using the Internet to watch Bernie Sanders, Hillary Clinton, and Martin O'Malley duke it out. The Dec. 19 debate will be accessible in its entirety without a paywall on ABC News' website. Additionally, viewers can stream the debate for free on the network's mobile, Roku, and Apple TV apps.

This is great for those who may want to catch the debate later on, as well. The scheduled time — 8 p.m. on a Saturday night — isn't a prime slot for television viewership as it stands. And with last month's Democratic debate pulling in the lowest amount of viewers during the primaries so far (perhaps suffering from a 9 p.m. Saturday night start time), ABC News wants to make sure it pulls in as many viewers as it can.

And if you've always dreamed of watching a presidential debate while simultaneously getting cussed out by 16-year-olds? Well, now you can — ABC News is also making the debate available for streaming on the Xbox One. If nothing else, using the Xbox headset could make for a fun way to challenge your friends to debate drinking games.

ABC News will also be pushing its own hashtag for the debate, #YourVoiceYourVote. Twitter and Facebook users will be able to follow along using the hashtag. This will be coinciding with all of the network's 2016 election coverage on social media. And as always, the other candidates will more than likely live-tweet the event themselves. Though it's a shame that live-tweeting from your own debate is frowned upon, because Sanders always has the best 140-character burns (see what I did there?).

So whether you're watching with your phone, laptop, or Xbox, or you're following the surely insane tweets to come from Donald Trump, you'll have plenty of ways to see the debate without a TV.