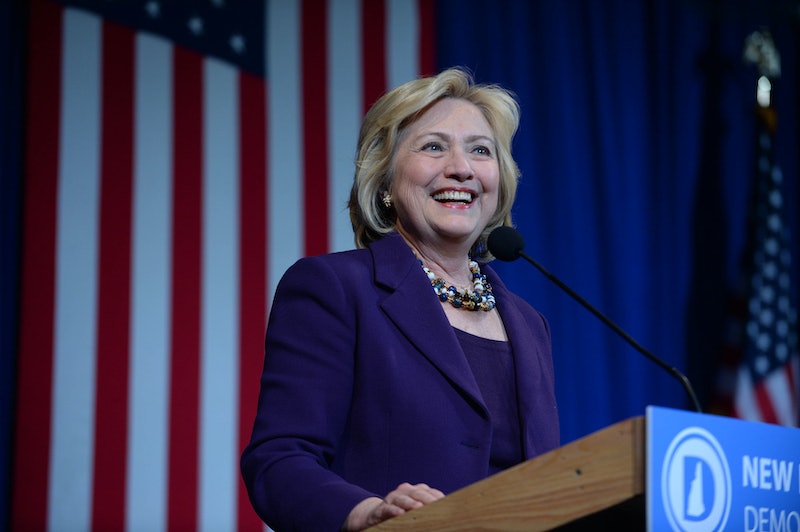 The next Democratic presidential debate is coming up, and it’s going to be held on a Saturday night. That’s not an anomaly; half of the six planned Democratic debates will take place on Saturdays. It might seem like a weird choice on the part of the Democratic National Committee, which plans the debates. Saturday night, after all, is supposed to be a time to kick back and relax, and very few Americans like to relax by watching politicians argue with each other. But some don’t find this strange at all, and insist that this is part of a DNC conspiracy to shield Hillary Clinton from public scrutiny and give her an easier path to the party's presidential nomination, and then the presidency itself.

The allegation has been floated by Republicans, as well as supporters of Bernie Sanders and Martin O’Malley. It’s premised on the notion that Clinton’s campaign views debates as a liability for their candidate, as they’re nothing more than opportunities for her to make gaffes. There's also the idea that the DNC, and DNC chair Debbie Wasserman-Schultz in particular, secretly prefers Clinton to any of the other candidates, and is willing to tip the scales to help her win the nomination. Combine these two factors, and the conspiratorial conclusion is obvious: The DNC has scheduled debates on Saturday nights to ensure low viewership and thus minimal public exposure for Clinton.

So does the theory hold up? Not really, although it does touch on some important truths. Clinton’s campaign did in fact push the DNC to have fewer debates. It originally wanted only four, but O’Malley’s campaign pushed for more, and the DNC ultimately relented, settling on six. It’s also generally true that, by and large, the front-runner in an election has more to lose from a debate than an underdog, because there’s nowhere to go but up when you’re down, and vice-versa. It isn’t unusual for a candidate to refuse to debate entirely if they’re far ahead in the polls.

That said, these dots need to be connected in order to prove a conspiracy, and so far, they haven't been. It’s certainly possible that Schultz is in cahoots with the Clinton camp; many have pointed pointed out that Schultz was co-chair for Clinton’s 2008 presidential run. That might seem incriminating, and yet it’s important to remember how quickly intra-party alliances can change. You know who else supported Clinton in 2008? Martin O’Malley.

The most likely scenario is that Schultz and the DNC concluded that Democratic debates are bad for all of the Democrats, not just Clinton. In other words, they’re bad for the party as a whole. This type of thinking has a recent precedent. In fact, it’s precisely what the Republican Party decided after the 2012 election. There were over 20 GOP debates in that cycle, and after Mitt Romney’s loss, the party concluded that they needed to have fewer debates the next time, because that means fewer opportunities for their candidates to say something stupid.

The Democratic Party might have concluded the exact same thing. That would explain both the relatively low number of debates and how some are being buried on a Saturday night. A Schultz-Clinton conspiracy isn’t necessary to explain what’s going on here.

While the Democratic Party might be trying to limit debates, there’s no proof that it’s doing so with the purpose of helping Clinton specifically. The reason the DNC is doing this — if it’s doing it at all — is to help the Democratic brand as a whole. Because at the end of the day, the DNC has one goal, and one goal only: electing a Democrat to the White House. It doesn’t matter which Democrat that is.