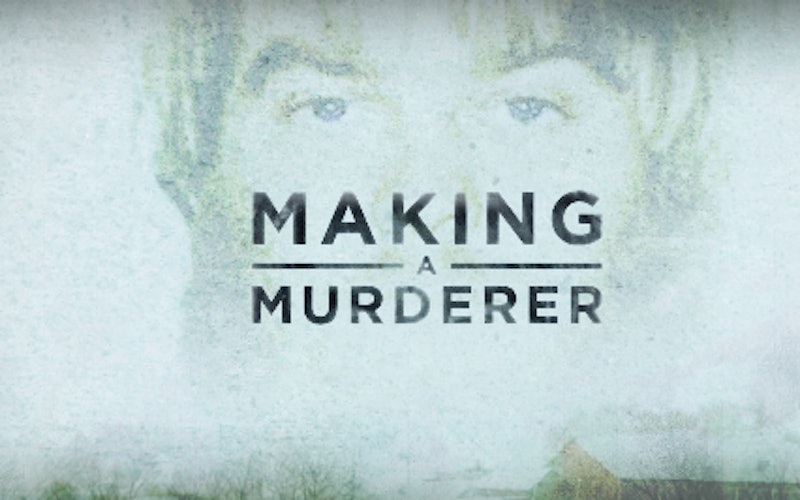 Americans like true crime stories — it's a pretty undisputable fact. While crime docu-series have been around for what seems like ages, they are beginning to become a fairly popular phenomenon in entertainment. From Serial to The Jinx on HBO, and even the inspired-by-true-events story in FX's American Crime Story, prestige true crime stories have audiences rapt every time they drop. Now, Netflix is throwing its hat into the ring. On Dec. 18, Making A Murderer will begin streaming on Netflix, and while it is the same premise of uncovering the truth behind a murder, according to the newly released trailer, there are a few more twists and turns to be expected.

For one, the trailer alone is enough to draw anyone in. It starts off seeming like all the other crime docu-series, and then takes a turn for the strange. While other shows follow the case of one person accused of committing one crime, and help the audience to uncover the evidence step-by-step, Making A Murderer will take a slightly different approach. This series unravels the mystery of Steven Avery, a man accused of rape, who is wrongly convicted and whose release is credited with jumpstarting major reforms to the criminal justice system, but there's more: While he was in the process of suing his local law enforcement over his wrongful conviction, he was then accused of murder, convicted for said murder, and sent to prison. This is where the series begins.

The trailer starts off with a chilling quote from Avery's attorneys, Stephen Glynn and Walter Kelly, that will put the whole show into perspective, "We can all say that we're never going to commit a crime, but that doesn't mean you won't be accused of one."

The series is set to explore the criminal justice system itself and the issues that could lead to something like a wrongful conviction, rather than relying simply on the whodunnit hook.

There are a lot of shades of gray in this series, and being docu-series that follows a real person's life, you can expect it to not wrap up in a pretty little bow. Although the verdict has been decided in Avery's case, the series is asking lots of questions after the fact. And it's these questions that have me on the edge of my seat already.

More like this
What Does Michael Peterson’s Family Think Of 'The Staircase'?
By Arya Roshanian
'Black Mirror' Season 6 Is Reportedly In The Works, Here’s What To Expect
By Maxine Harrison
Where Is Dr. Cline Now?
By Morgan Leigh Davies
Watch The Dramatic First Trailer For Netflix's Jennifer Lopez Documentary
By Alyssa Lapid
Get Even More From Bustle — Sign Up For The Newsletter