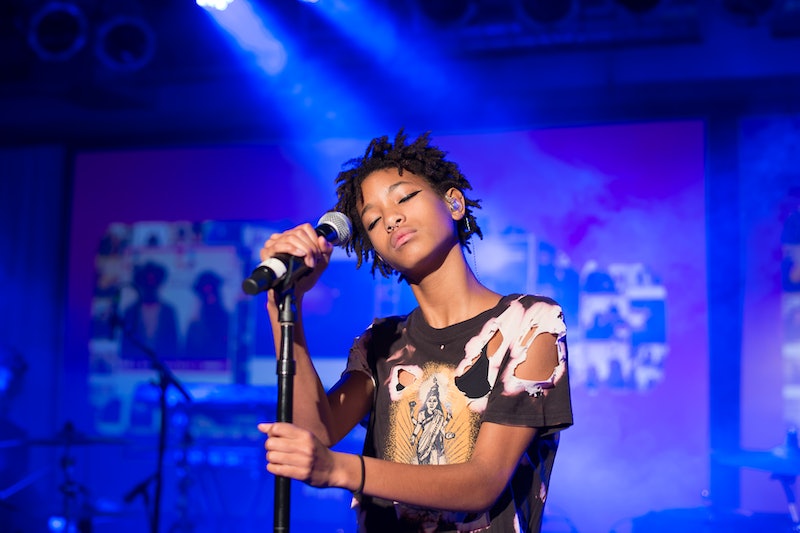 Following in the tradition of all the secret albums that have been dropping lately, Willow Smith released her surprise and weirdly-named album Ardipithecus on Dec. 11, with 15 songs on it, the majority of which she wrote and produced herself. Impressive, no? When I was 15, like Willow is now, I think my biggest achievement was learning to carry a mirror with me so I could see what was stuck in my braces without having to go to the bathroom. But I guess crafting a complete album with almost zero help from anyone else is pretty cool too. *Sigh* But just going back to the album's name for a second — what does Smith's surprise album title "Ardipithecus" mean? It's an awful lot of consonants and vowels to hit me with right before the weekend, Smith, so do you want to help us out with an explanation of why you gave your album such a complicated title? Please and thank you.

Luckily, she told Fader exactly why she named her album the way she did:

Ardipithecus Ramidus is the scientific name of the first hominid bones found on earth. I wanted to name my musical compilation after it because, while I was making these songs I was in such a transitional state. Digging deep in the soil of my heart and finding bits and pieces of my ancient self that tell stories, which end up being the lyrics to the songs. Ardipithecus is my first album in my entire career and it makes me feel so blessed to be able to share my evolution with the LightEaters as I continue excavating my inner worlds…

Oh, did you think Smith's explanation was going to make this more clear? Apparently you don't follow her on Twitter. But for real, the first half makes a ton of sense to me, and is really meaningful. I didn't realize this was Smith's first album, so the fact that she's rooting around in her own experience, digging up her past, naming the album after a fossil really vibes with me. And then we get to the LightEaters, which is a little over my head and very Willow, just as I'm sure this album will be.

And if you want to see for yourself, and do some inner world excavation of your own, you'll be lucky enough to find Ardipithecus on Spotify and iTunes.