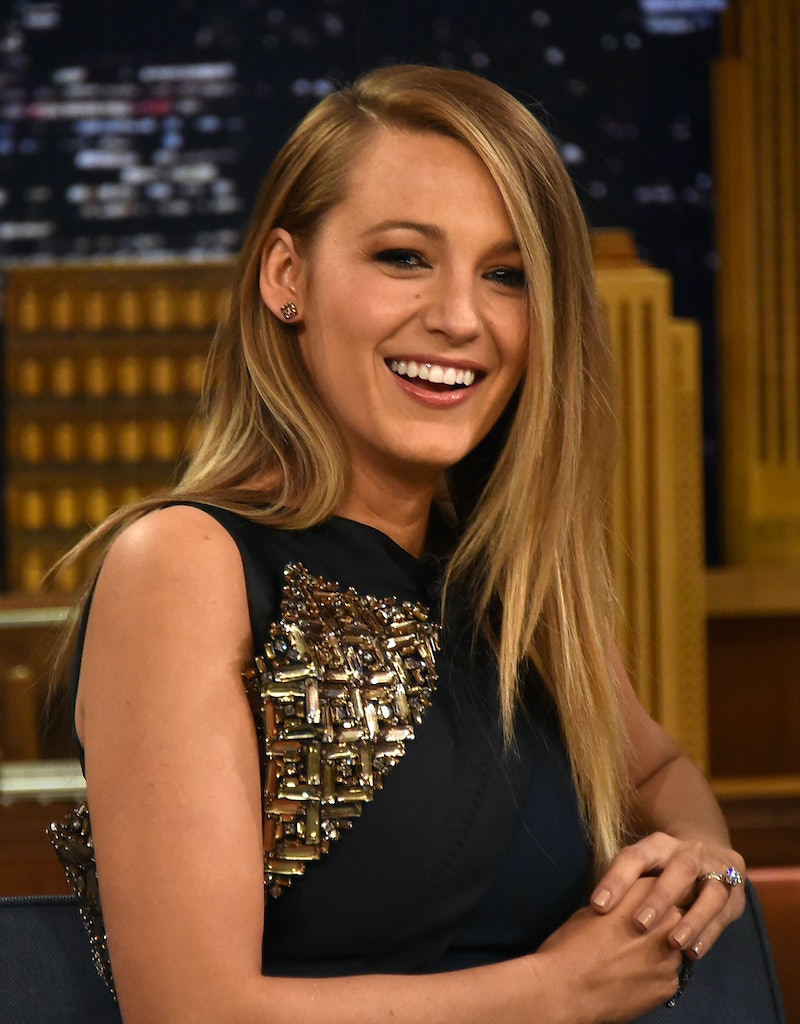 Thursday is an opportunity for social media users to share throwback photos. And Blake Lively shared a throwback photo that is going to please Gossip Girl and Beverly Hills, 90210 fans. As you can see below, the picture is of Lively as an adorable little girl and actor Jason Priestley. She wrote alongside the photo, "#tbt to when Serena Van Der Woodsen and Brandon Walsh were a thing. (Shh don't tell @robynlively)."

For those who know nothing about the world of television (or have been living under a rock), Priestley starred as Brandon Walsh on 90210 throughout most of the '90s. As for Lively, she played Serena van der Woodsen on Gossip Girl. Both of their characters were huge and both actors are well-known in Hollywood, so it's funny to see Lively as a little girl hugging Priestley. At the time, I'm sure 90210 fans would've been extremely jealous of the now 28-year-old actress.

Also, here's some trivia. Did you know that Lively's sister Robyn used to date Priestley? I'm assuming that's why she tagged her in the caption. Seeing as they dated in the early '90s, that's probably why Lively has this picture with him. I bet it was taken around the time her sister actually dated Brandon Walsh, I mean, Priestley.

Whatever the case, it's adorable and I thank her for sharing.

More like this
'Stranger Things' Star Joe Keery Is Dating An "Indie Scream Queen"
By S. Atkinson and Grace Wehniainen
Harry Styles Performed A Snippet Of Taylor Swift’s “22” & The Crowd Went Wild
By Jake Viswanath
Laura Dern Said “Cultural Awareness” Made Her Rethink This 'Jurassic Park' Fact
By Grace Wehniainen
Lisa Kudrow Doesn't Remember Filming 'Friends'
By Sam Ramsden
Get Even More From Bustle — Sign Up For The Newsletter