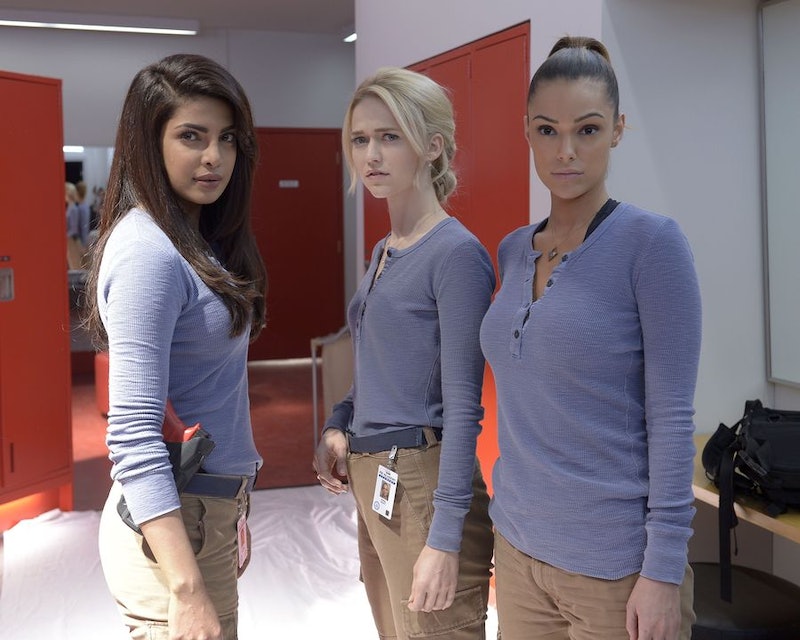 The winter finale of Quantico has a bunch of loose ends to tie up, assuming the writers don't want to torture the viewers and leave the big question of Who is the Grand Central bomber? unanswered. The show has caused every single NAT to become a person of interest in solving the case, just in time for the show to go on its winter hiatus. So when does Quantico Season 1 return? Fans are going to have to wait to see the aftermath of learning the identity of the terrorist.

According to TVLine, Season 1 of Quantico will return Sunday, March 6. That's a long time for fans to wait after learning who is behind the terrorist attack and framing Alex. It could be someone we have known for a while, or it might be someone that is entirely new to us. Whoever it is, the answer is much needed—tensions are running high on the team, and we need a little clarity ASAP. When the show returns, things might look a little different, as the truth will be revealed, and *deadpans to the camera, music swells* things may never be the same.

Here's what we can expect Quantico to look like when it returns from hiatus.

We'll Learn The Motives Of The Bomber

At this point, we have no understanding as to why the bomber chose to attack nor why they targeted Alex. It makes it seem like there is a personal motive behind choosing Alex as the framing victim, so once the identity is revealed, hopefully that motive is as well.

They'll Need To Catch The Bomber

Assuming the show isn't going to reveal its entire hand at the finale, there will probably still be a manhunt for the real bomber at the top of the show's return. Figuring out who the bomber is is part of the battle. Stopping them from causing another terrorist attack is an entirely different story.

This story line needs a lot more attention. Is Caleb still involved with a cult, like his dad said happened in his past? He seemed hyper-aware of the harm it caused while at Quantico, but if he feels lost in the present, he may have returned to his destructive ways. Or, he could be going undercover to take down the people that almost destroyed him.

The Team Will Go Back To Being Agents

We've never really seen the NATs in action as agents yet, so hopefully once they're all cleared of terrorism, we'll see why all of this was worth it.

I hate to be the bearer of bad news, but it would almost be too easy if everyone got out of this alive. Could we lose one of the characters in the winter finale? We'll have to wait and see who the bomber is, and if they're willing to risk more lives to send a message.