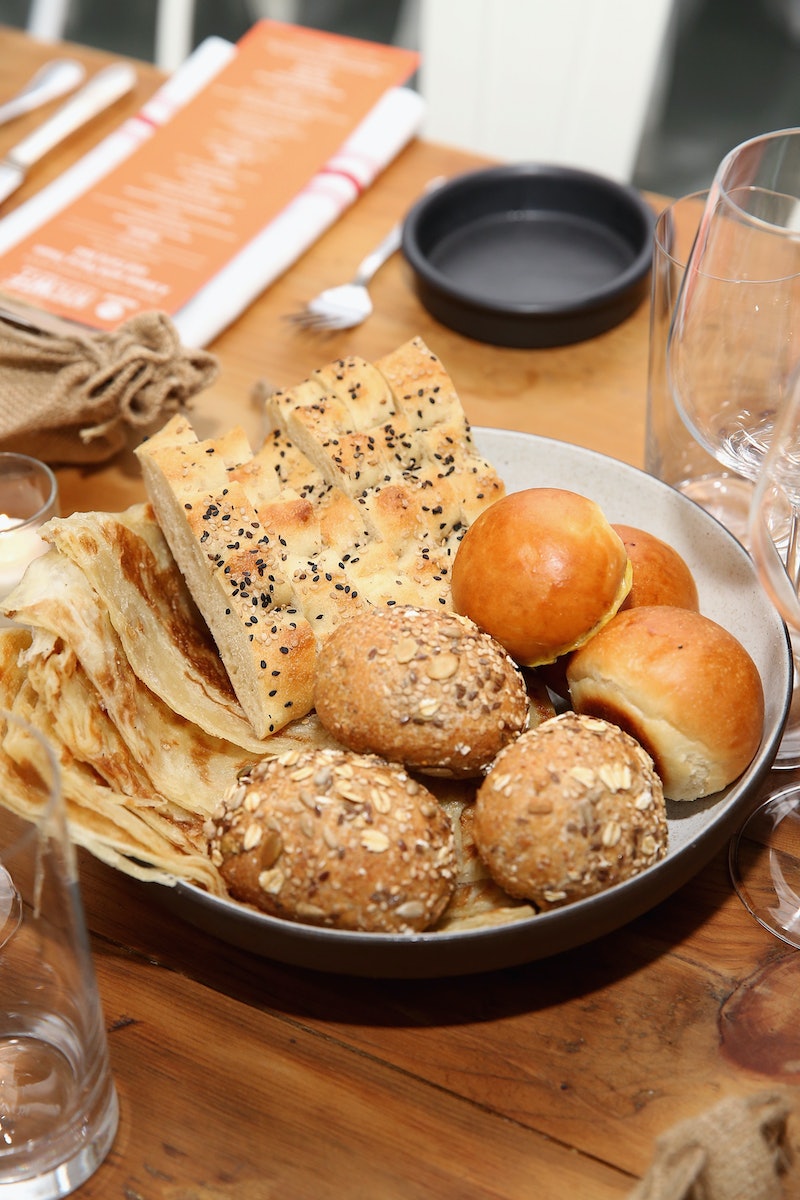 Zonulin was first discovered in 2000. Triggered by harmful bacteria, it's a protein that helps regulate the digestive tract to control leakiness (yes, leakiness). If you eat something contaminated with salmonella, for instance, zonulin is what tells your body to flush the bacteria out of your system. However, it seems that for some people, it's not just harmful bacteria that triggers zonulin — gluten does, as well.

A research team from the at the University of Bologna, Italy, including Giovani Barbara, found that not only do people with celiac disease have elevated levels of zonulin, but also that people with gluten sensitivity have levels of the protein that are almost as high. The results are preliminary, but Barbara is hopeful that this could eventually lead to a diagnostic test for the condition.

"We need more research to determine the clinical usefulness of these markers. ... Other laboratories need to reproduce our data, and we need to repeat our own experiment with gluten-sensitive patients who have been identified by strict criteria in double-blind studies," Barbara told NPR. He also added that his team's tests were conducted on people with severe symptoms that haven't found successful treatment elsewhere, meaning that these results might not match up for people who are less sensitive to gluten.

However, this could be a major breakthrough when it comes to the disease.

Much is still unknown about gluten sensitivity; in fact, some researchers believe that gluten may not even be the molecule upsetting people's symptoms, but that people with so-called gluten sensitivity may actually be reacting to a type of carbohydrate called FODMAPs. Still, as many as 18 million Americans might have non-celiac gluten sensitivity, so it's encouraging that research seems to be progressing. Here's hoping this potential breakthrough leads to great things!